After 39 years of cakes and pastries, Palo Alto institution Prolific Oven to close

It started with a scaling back of the eclairs.

The owners of The Prolific Oven struggled to find an available baking decorator to hire, so they temporarily made the French pastry in a way that was "less labor intensive." Months later, the job remained unfilled. Without sufficient staff, they had to discontinue some items.

One of Palo Alto's longest-standing bakeries, The Prolific Oven will close on Aug. 31 due to a "severe" labor shortage and increasing cost of doing business in the Bay Area, the owners said Wednesday.

"We just don't see it getting any better," said Regina Chan, whose parents Henry and Sophia Chan bought The Prolific Oven at 550 Waverley St. from Harriet Spier in 1996. "We wanted to pull the plug before things take a bad turn." 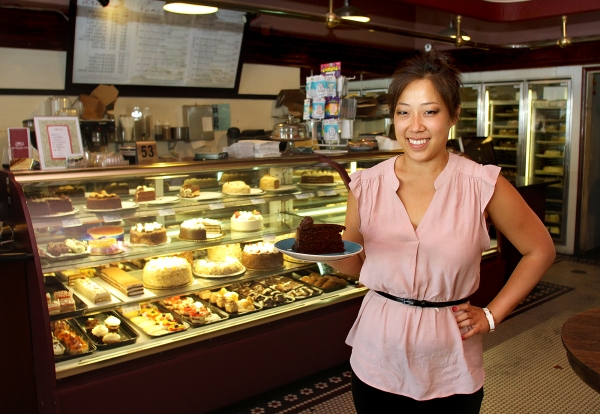 Regina Chan with a slice of cake in the original Prolific Oven location. Photo by Veronica Weber.

They will also close their two other locations, in Santa Clara and Sunnyvale, and the facility where the bakery's popular chocolate on chocolate and carrot cakes, pastries and other made-from-scratch baked goods are prepared. The Santa Clara bakery will shutter on Aug. 24 and Sunnyvale, Aug. 31. (They also once ran Prolific Ovens in Saratoga and Fremont, which have since closed.)

The Chans have been discussing whether to go out of business for awhile, hoping to avoid it. But an accumulation of familiar factors — a tight labor market, rising costs of ingredients, increasing minimum wages, tech companies who lure staff away to their campus kitchens with higher pay and keep employees in the office with free meals around the clock — forced their hand, Regina said. In recent months, it became increasingly difficult to hire even entry-level line cooks and front-of-house staff to handle breakfast, lunch and dinner service. 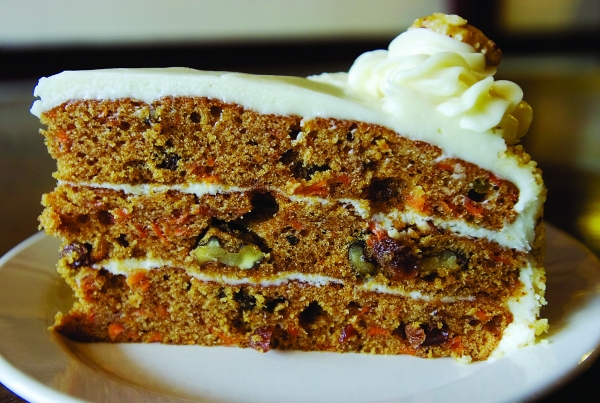 Prolific Oven's carrot cake made with fresh carrots, raisins and walnuts and a cream cheese frosting. It's the longtime bakery's second-most popular cake, following the chocolate on chocolate. Photo by Veronica Weber.

Over nearly four decades (the original bakery opened in 1980), The Prolific Oven baked cakes and other desserts for countless weddings, birthday parties, bar and bat mitzvahs and other special occasions. In the end, Regina said, they were unwilling to compromise on quality and reluctant to pass costs onto customers by increasing prices, Regina said. The last time prices rose was three years ago.

Memories of wedding cakes past, adoration for the chocolate on chocolate, chocolate-mocha and orange-almond cakes and "thank you's" poured in in response to a letter the owners posted on the bakery's Facebook page this week.

The lifeblood of local, small businesses is loyal customers. Without that support, Regina said, she's unsure how establishments like The Prolific Oven can survive. (She also runs her own restaurant, Nom Burger, in Sunnyvale.)

"I really do fear for this area in particular," Regina said. "It's in the power of the people where they choose to spend their money. I hope that I'm wrong and that small businesses and family businesses can continue to thrive in the Bay Area, but it's going to be up to the consumers to really show that."