In the Bay Area, the stale, run-of-the-mill mall food court is swiftly becoming a thing of the past.

This is particularly evident at Hillsdale Shopping Center in San Mateo, where a massive redevelopment is ushering in a lineup of noteworthy restaurants, including Shake Shack, Palette Tea House, Belcampo Meat Co. and The Refuge.

They will open at Hillsdale's new "North Block" redevelopment, nearly 300,000 square feet of retail, dining and entertainment space centered around an outdoor plaza. They'll join a slate of eateries in the shopping center's new-ish "Dining Terrace," including Kuro Obi, Midici the Neapolitan Pizza Company, Uncle Tetsu Japanese Cheesecake and Tacos El Grullense. Winner Winner, which appears to be an East Coast fried and rotisserie chicken restaurant, is also coming to the Dining Terrace in December.

Read on for more details about the newest restaurants coming to the San Mateo shopping center this and next year. 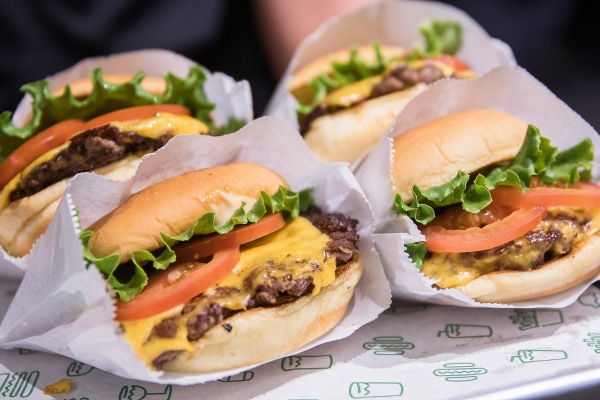 This will be the third Bay Area location for Shake Shack. The cult-favorite East Coast burger chain opened its first-ever Northern California outpost in Palo Alto to massive lines last December and another restaurant shortly after in Larkspur. Shake Shack also has two San Francisco locations and one in Oakland in the works.

The company's PR representative confirmed the San Mateo opening but didn't provide further information by press deadline. The other Bay Area locations all serve Shake Shack's Angus beef cheeseburgers on squishy-soft Martin's potato rolls, crinkle-cut fries, hot dogs and other popular dishes, as well as items exclusive to their locations. (In Palo Alto, that came in the form of a new Golden State Double burger made with ingredients from local companies.)

Shake Shack is expected to open in December, according to Hillsdale Shopping Center.

Dim sum restaurant Palette Tea House comes from the family behind the iconic Koi Palace and the newer-fangled Dragon Beaux in San Francisco. The Ng family, which opened the first Koi Palace in Daly City in 1996 after immigrating from Hong Kong, have steadily expanded their local empire, now with three Koi Palace locations (Daly City, Dublin and Milpitas); Dragon Beaux, which opened in 2015; and the first Palette Tea House, which arrived in Ghirardelli Square this spring. 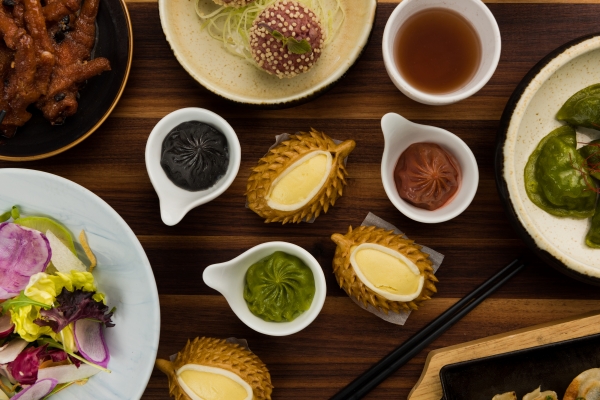 Due to construction delays, he said Palette Tea House will open in San Mateo by the end of this year or in early 2020.

Belcampo's 7,000-square-foot flagship restaurant is set to open at Hillsdale in December. The restaurant is part of a new growth strategy for the hyper-sustainable meat company, which closed retail butcher shops in Palo Alto and San Francisco in February to make way for new projects. With a new commissary kitchen in San Francisco and the San Mateo restaurant, Belcampo shifted its focus to growing e-commerce, food delivery and "large-format premier dining experiences," the company said previously.

Belcampo raises all its animals at a 20,000-acre Mount Shasta farm, takes them to a 20,000 square-foot slaughterhouse designed by renowned animal science doctor Temple Grandin just 20 minutes from the farm and butchers all the meat by hand rather than machine. 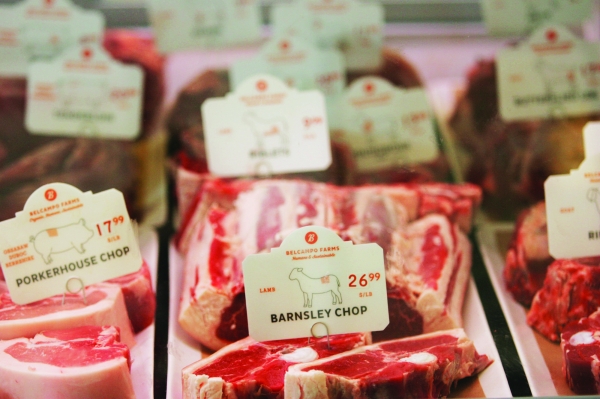 Sustainable cuts of meat from Belcampo. Photo by Ciera Pasturel.

The owners of beer and pastrami haven The Refuge in San Carlos and Menlo Park took the unusual step of signing onto a large commercial development at Hillsdale. Co-owner Matt Levin said they've turned down similar projects before, but several aspects about Hillsdale tempted them, including a developer, Bohannon Development Company, who specifically wanted a non-corporate, local tenant; a 1,500-square-foot outdoor beer garden; and the promise of guaranteed volume at a time when small businesses are struggling to make ends meet. (Bohannon's project description notes that Hillsdale attracts over 8 million shoppers annually, "drawing from a market area with household incomes twice the national average.")

"We're still literally ma and pa. It's just my wife and myself still," said Levin, who with his wife Melanie Roth opened the first Refuge in San Carlos in 2008. "But this is going to be a much larger venture." 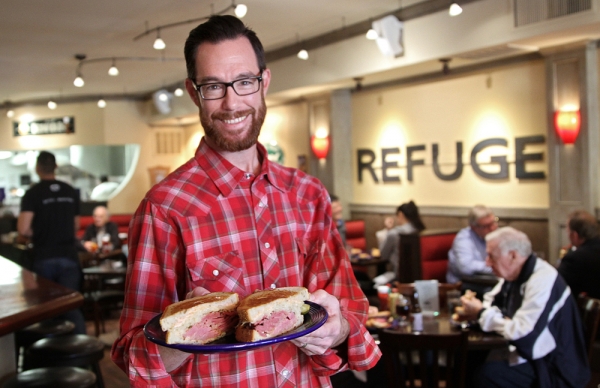 Owner Matt Levin inside The Refuge in Menlo Park. Photo by Veronica Weber.

He expects a new 870-seat luxury movie theater and a bowling alley (with its own Italian-American restaurant) opening in the North Block of the shopping center will bring in customers to The Refuge.

The 4,700-square-foot San Mateo Refuge will be the same as the other locations, with Belgian beers on tap and pastrami sandwiches, burgers (including one with sliced pastrami), Philly cheese steaks and other gastropub fare. The pastrami is made from the "heart of the navel," the traditional cut used to make the cured meat.

They're replicating many of the materials from the San Carlos and Menlo Park restaurants so San Mateo, while much larger and located at a mall, will have a similar feel. Longtime customers who happen to be graphic designers are creating a 18-foot mural for one wall, Levin said.

"It still will be Refuge," he said. "It's just going to be on a larger scale."

He plans to open the San Mateo Refuge in June 2020.