Fast-food chain Chick-fil-A has started delivering its chicken sandwiches and other fare on the Peninsula out of DoorDash's new commissary kitchen in Redwood City. 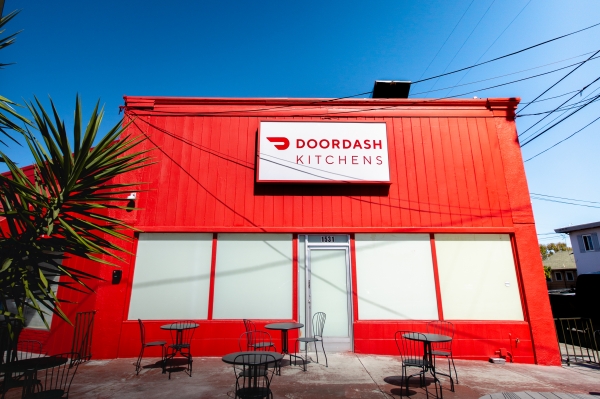 DoorDash's commissary kitchen is allowing restaurants to expand to the Peninsula without having to open their own brick-and-mortar locations. Photo courtesy DoorDash.

This is despite the fact that there was some public opposition to the news earlier this year that Chick-fil-A would open a brick-and-mortar restaurant not far from the delivery-only kitchen. After the company's plans to open at 536 Whipple Ave. become public this summer, San Mateo County Supervisor David Canepa sent Chick-fil-A CEO Dan Cathy a letter urging him to withdraw the company's permit "since your company's anti-LGBTQ policies do not represent the values of the overwhelming majority of San Mateo County residents."

"Until your company denounces its hateful policies toward the LGBTQ community," Canepa wrote to Cathy, "I will do everything in my power as county supervisor to ensure Chick-fil-A does not open a franchise in San Mateo County."

The fast-food chain came under fire in 2012 when Cathy said that he believes in the "biblical definition of the family unit." Chick-fil-A has also been criticized for making donations to charities that oppose same-sex marriage. On Monday, the company announced that it would no longer donate to the Fellowship of Christian Athletes and the Salvation Army, two organizations that have been criticized by LGBTQ advocates. It's now focusing its charitable giving on education, homelessness and hunger, including a commitment to donate $25,000 to a local food bank following each new Chick-fil-A opening.

Chick-fil-A is the first national eatery to be announced for the DoorDash commissary kitchen on Main Street. It joins four Bay Area food businesses — Nation's Giant Hamburgers, Rooster & Rice, Humphrey Slocombe and The Halal Guys — delivering food out of the space. The DoorDash kitchen serves Redwood City, Palo Alto, Menlo Park, Atherton, Woodside, Belmont and San Carlos. People who live in other Peninsula cities can also go to the kitchen to pick up takeout orders.

"We're continually looking for innovative ways to make the brand more accessible and have been piloting various concepts with food delivery services nationwide since 2018," Luke Pipkin, senior project lead on Chick-fil-A's Beyond the Restaurant team, told Nation’s Restaurant News. "We're excited to continue our partnership with DoorDash by joining its first delivery-focused kitchen and look forward to serving even more guests in the Bay Area."