﻿ Truth Matters (and so does good beer) | The Food Party! | Laura Stec | Almanac Online |
Include Photos | Include Comments | Print this page | Close Window

Truth Matters (and so does good beer)

I’ve finally decided what I want to be when I grow up.

And hopefully, on a good day, inspiring. Moving forward in life, I want to be energized by the positive, rather than beset by the negative. Stand FOR something, rather than just complain AGAINST things.

So when the Food Party! got a hot tip last week about a group doing/being just that, we decided to tag along. Unhappy about Facebook’s refusal to fact-check political ads run on the site, Bay Area Action (a environmental education and social action group active in the 1990’s) reunited for truth at the world-famous Thumbs-Up sign. 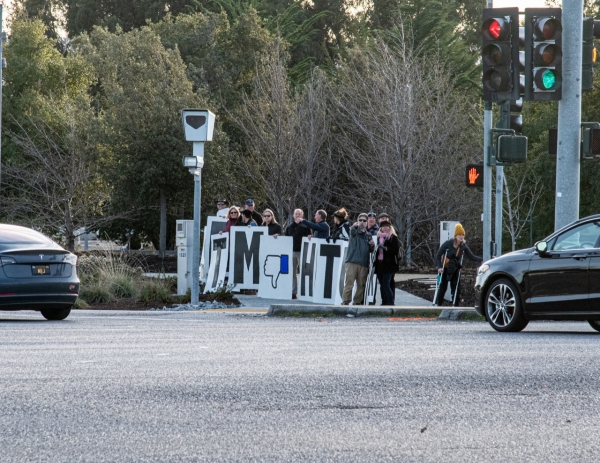 From the press release: Even though 150 million users received disinformation during the 2016 elections, Facebook disregards election integrity yet again by refusing to follow their competitors lead to prevent political disinformation from infesting our personal feeds and poisoning the 2020 presidential elections. 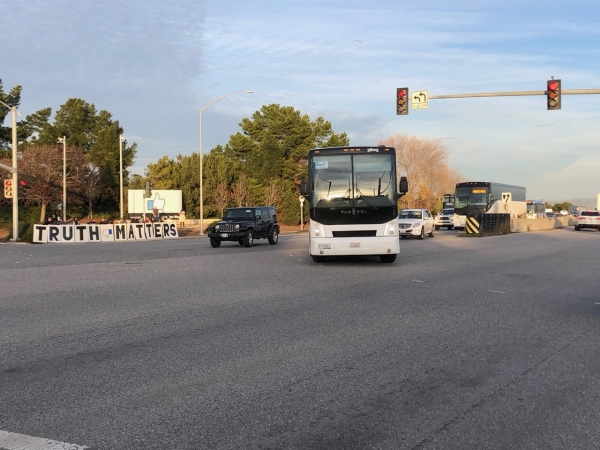 And who knew? Part of the space in front of the sign is public property, which can be accessed without crossing onto private property, so it’s a perfect place to advocate for the importance of facts. 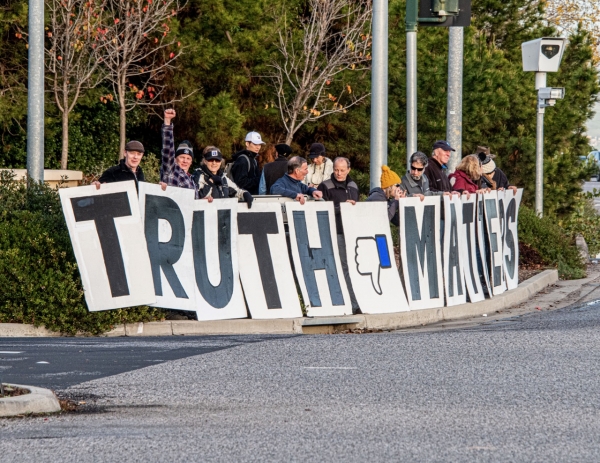 The group said Facebook owes the public reparations for their bystander-debacle during the 2016 election. In 2020, they want Facebook to either fact-check political ads on the site, or eliminate political ads all together. 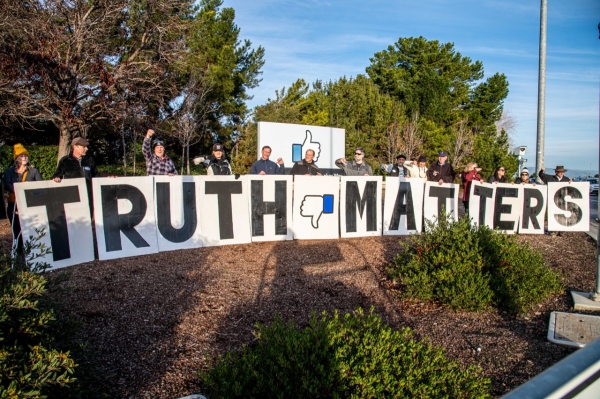 But movements need more than good message – they also need sustenance. At the end of the demonstration, the truth brigade gathered for a celebratory toast down the block at Freewheel Brewing Company. This Menlo Park watering hole, tucked away near 84 and Willow Road, is a great find. It feels like an old time community pub; a place to laugh with neighbors on the outdoor patio, hear live entertainment or standup comedy, or enjoy their weekly pub quizzes. Opened in 2012, Freewheel is known for an old English-style of brewing cask-conditioned or real ale, beer that matures by secondary fermentation in the container from which it is dispensed. A popular brew technique before refrigeration and CO2 tanks were commonplace, carbonation is naturally produced in the serving cask at Freewheel, rather than piped in at the spout. I’m not a beer aficionado, but can absolutely give a shout out for their Chromatic Coffee Porter, using local Chromatic Coffee. It went down real nice – and that’s the truth. 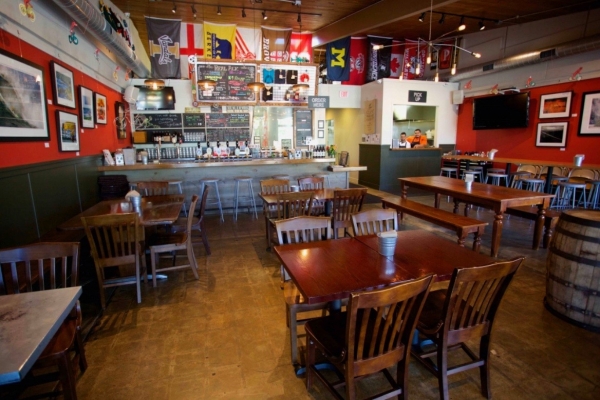 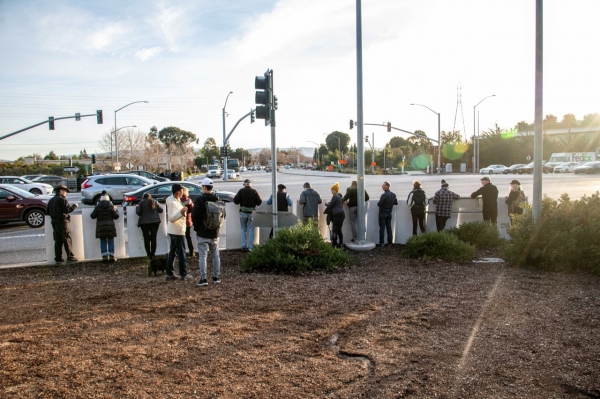