He was medical director of Sequoia Alcohol and Drug Recovery Center 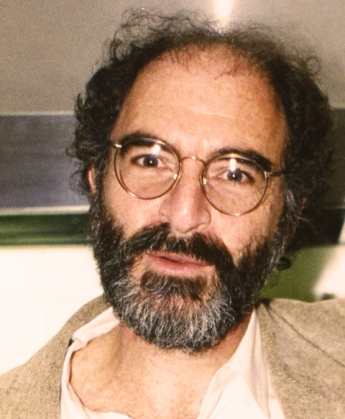 Dr. Barry Rosen, who was recognized internationally for his expertise on the disease of addiction, died at his home in Woodside on March 20 after a long illness. He was 61.

Dr. Rosen had been the medical director of the Sequoia Alcohol and Drug Recovery Center since 1983, when it was a part of Sequoia Hospital. In 1994, when the Sequoia Center became independent, it continued operating under Dr. Rosen's direction.

Dr. Rosen maintained a private practice at the Behavioral Medicine Clinic of the Peninsula, dealing with all aspects of addiction medicine and its presentations of pain and psychiatric disorders. He pioneered a pain clinic at San Mateo General Hospital that has been re-dedicated in his name.

Dr. Rosen took part in a USAID grant to train physicians and therapists in dealing with addiction throughout the former Soviet Union from 1991 to 1998. On one of his many trips to Russia, he met with Mikhail Gorbachev, according to his nephew, Michael Frank, of New York City.

He lectured at the Betty Ford Clinic in Palm Desert and conducted sessions with medical students at Stanford Medical School.

Born in Brooklyn, New York, he completed his undergraduate work at Colgate University and graduated from the Chicago Medical School.

An avid tennis player, Dr. Rosen was also a hiker and skier. He was a drummer and lover of music. Known for his sense of humor, he was also a very spiritual man, say friends and family.

He was honored with many awards including the "Heroes in the Fight" Award, presented by the National Association of Mental Illness; the Bronze Key from the National Council of Alcoholism and Drug Dependence; and the Vernelle Fox Award from the California Society of Addiction Medicine.

Memorial arrangements will be announced at a later date.

Barry Rosen was a man of courage, faith and spirit who walked his talk and opened his heart on a deep level to every human being who was thirsty and open to learn. We are forever indebted to him for his compassion, humor, honesty and brilliance. He could connect with the highly educated and kids alike when he greeted them with "Dude". You will live forever in the hearts of all of us that were blessed by your presence.

Great man. Barry's 5pm lectures at Sequoia was a must for me (parent). His intellect and powers to explain impressed me most. I thank the Lord for giving us Dr.Rosen. Debasis Sen Palo Alto

There are people all over the world who owe their 2nd chance at life to Dr. Rosen and the guidance he so selflessly gave to them. I am one of those people. His wisdom coupled with his unique understanding of addiction, and all the things that come with it, was unparalleled. The world has lost a great man and his presence shall me missed by so many. His influence on my life shall be remembered and cherished always...

Report Objectionable Content
Email Town Square Moderator
1 person likes this
Posted by Jamie E. Garcia, M.D.
a resident of another community
on May 9, 2009 at 9:01 pm

I had the pleasure of working with Dr. Rosen as a Stanford medical student. He was a true inspiration to me and I admired his ability to relate to the human spirit!

Report Objectionable Content
Email Town Square Moderator
2 people like this
Posted by Louis Morin
a resident of another community
on Nov 16, 2013 at 4:26 pm

I met Dr Rosen when he became the Medical Director of the Sequoia Alcohol and Drug Program in 1983, From the first meeting I knew he was a man of extraordinary dedication to health, his patients, and life. He helped thousands and in the process brought understanding and joy to countless others. He told me to seek " God as if my head was on fire" He truly did want us all to follow our bliss. Love to him and all who knew him.

Dr. Rosen saved my life. I miss him today as I celebrate 20 years of sobriety. Thank you Barry for giving me the gift of your wisdom as I celebrate a second chance in life today and thank God for your incredible dedication to saving the lives and careers of lost souls like mine. You remain one of my biggest inspirations, and I think of you often. May you rest in peace...

Report Objectionable Content
Email Town Square Moderator
1 person likes this
Posted by Katya Mills
a resident of another community
on Jun 2, 2016 at 12:20 pm

I had great fortune to spend my internship at Sequoia Center, under the direction of Dr Rosen. He always had an encouraging word and gave freely of his time. He challenged us all to do better. He taught us meditation and referred to particular challenges as 'a tricky yoga'. He cared deeply and could often reach people where others failed. Through spiritual intervention. I am blessed to have had him for a mentor and honored to have experienced his compassion at work. I miss you him and remember his smile.

These local restaurants are donating meals to Bay Area residents in need. Here's how to help.
By Elena Kadvany | 6 comments | 10,825 views

Coronavirus: Plan ahead now for a big outbreak
By Diana Diamond | 18 comments | 3,906 views