One year later, no answers in little girl's death 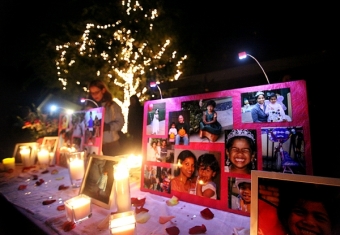 Photos of Lisa Xavier with family and friends adorn poster boards at vigil at Laurel School in 2009. In dedication to Lisa's memory, the tree will be lit annually. ==I Photo by Michelle Le/The Almanac.==