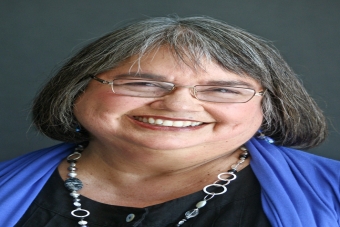 Like this comment
Posted by Fresh Perspective
a resident of Menlo Park: Linfield Oaks
on Oct 13, 2011 at 2:25 pm

I'm not always in favor of a "throw the bums out" stance. But in the case of school boards there does come a point when they hang around too long to be independent and impartial. They forget that they're supposed to represent parents and the community, and over time they morph into unpaid school employees. Been there, done that, protecting my former decisions, not listening. Thanks Olivia Martinez and Lorraine Rumley for your past service but TWELVE YEARS IS TOO LONG. This is not a career -- it's an oversight body and you need to have perspective. Yes, there's a learning curve with incoming trustees but it's worth it to get some new energy.

Agree that having a child *currently* in the district should be a requirement for being on the board.

As a parent and a former trustee (not in this district) I respectfully disagree. The school board represents all constituents, not just parents and having a current student should not be a requirement. In fact, it is important for a trustee to guard against making decisions solely because it is best for one's own student. Sometimes what is best for an individual student is not what is best for the District as a whole.

That's my perspective, having been there..

Why should taxpayers without children in the school, who pay the majority of the school tax revenues, be disenfranchised?

Having a child in the schools is as sensible a requirement for Board membership as it would be for paying property taxes to the school district - total nonsense.

Report Objectionable Content
Email Town Square Moderator
Like this comment
Posted by University Hts. Mom
a resident of Menlo Park: University Heights
on Oct 17, 2011 at 10:08 am

In my opinion, this is the one race where voting for the incumbent is crucial. At a time when school budgets are being cut and the district facing so many unknowns, I find it inconceivable that one would advocate for an inexperienced board.

How can 12 years be to long when most of us who have any long-term connection with the public high schools have seen so many positive changes that have occurred since the late 1990’s? We owe it to all of our students to provide proven leadership and experience?

Having a child in the district definitely should not be a requirement , I agree with Former Trustee this can be a conflict of interest, especially when all the trustees have children in the district. I do believe it is a good idea for the Ravenswood district to have representation on the board.

Anne Le Ziblatt, formerly of Tamarine and Bong Su, is back with a Vietnamese noodle bar in Redwood City
By Elena Kadvany | 7 comments | 3,554 views

You Can Help: Scents and Migraines
By Chandrama Anderson | 0 comments | 829 views