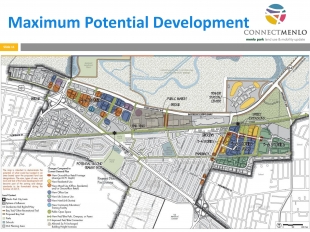 Belle Haven has been left out of so much of Menlo Park's upgrades, plans and revitalization, this new move to call part of it Bayfront is just another separation tactic. We see right through your segregation plan. Please don't treat us this way, we are your service workers. We are the backbone of all the food service and service industry for West Menlo.

Like this comment
Posted by whatever
a resident of Menlo Park: Central Menlo Park
on Oct 7, 2015 at 2:09 pm

Belle Haven translates to Beautiful Haven. Nothing wrong with that.

Why the segregation? Why are we being pushed out of our homes? This community is rich in culture and I feel its very disrespectful to even think to change it. Please keep our neighborhood Belle Haven. My cousin lived in this neighborhood in the 50's. The name was Belle Haven when it was an all White community and when the demographics changed in the 60's and 70's we didn't change the name so why should it change now?

I understand ,
but you have to admit great sounding name,


Also consultant at council meeting said lots of time and additional cost to go back and change back,

money could be spent on other things for the area

City Council should be coming up with a plan to build affordable housing in BELLE HAVEN, not wasting time changing names. Imagine the logistic nightmare of a name change! Improvements to benefit the whole community please, stop farting around with trivial stuff.

Flying: How much is enough? It's personal.
By Sherry Listgarten | 5 comments | 1,523 views