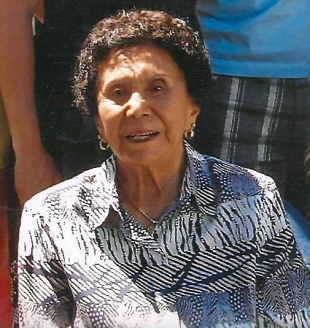 Change comes exceptionally slow to PV and I wouldn't expect any sweeping changes to this local and regional institution. (It's also registered as a state historical monument)

And of course Risotti's is known and will be known as Zott's. Thank you Molly for keeping a great institution going for so many years, and for the great burgers, fries and beer.

1 person likes this
Posted by Honor the past
a resident of Menlo Park: South of Seminary/Vintage Oaks
on Jun 27, 2017 at 4:17 pm

The old guard at Zott's is leaving us. Molly was part of the wonderful ambiance of this watering hole and she has been missed for some time now. With all the changes on the Peninsula, let's hope we won't see this land sold. Take the family and sit in the garden with your lunch. Birds will eat shelled peanuts out of your hand. Dogs are welcomed. People are friendly. I recall my first visit in 1962. Nothing has changed except veggie burgers were added to the menu.
So long Molly.

My older brother got a job pouring beer at Zotts while at Stanford. After a few months he asked the owner for a celebration..as he had just turned 21 !

Our condolences to the Alexander family!
Alpine Inn, formerly Rossotti's, is a gem that has given lots of locals and others on the Mid-Peninsula many good memories of times passed with friends in the relaxed country setting of this significant landmark. We hope that it can continue to thrive and prosper and that management will now address the accumulation of deferred maintenance from over the years. Because of its historical designation, it shouldn't change its appearance or character however it can use some light structural support and freshening up so that it doesn't continue to deteriorate. It has often been said that it needs a little more tender loving care and attention to operational details. The quality of the pub fare could stand a little tweaking too. We'd love to see the building receive the proper care that it deserves so that it remains a safe and fun place to enjoy for years and years to come!

Thank you Molly for such a wonderful place to eat, drink and write in the sun. I have enjoyed the backyard at Rossotti's so much, and appreciate the community of people that go there. Many weeks of The Food Party! have been inspired by this special space. Long Live Molly!

Millet raised my rent many times but I still got free burgers for cleaning up
The back yard!

Awwww, I loved talking to Molly and her daughter while "working remotely". I'll miss the debate on technology...as they wrote my order in pen and paper and even had an old fashion cash register. I'm not sure if Alpine Inn will ever be the same but, I am going to miss one of our best local legends and personal favorite! So Molly, cheers to you and the love you spread. The angels have taken you to heaven and until the day comes, just save a place for me!

Long live Rosotti's, Zotts, The Alpine Inn. My home away from home for many years. I was a bartender in 1962 and 63. Rest in peace Molly, John and Don. Jean Erreca