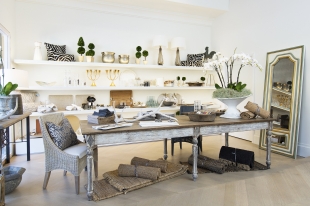 Anthem home furnishings store has opened at 889 Santa Cruz Ave., next to Alys Grace and near Peet's in downtown Menlo Park. (Photo by Michelle Drewes.)

Oh goody. I was just thinking we needed another home store on Santa Cruz.

Can you Pay to Reduce your Carbon Footprint?
By Sherry Listgarten | 8 comments | 2,336 views