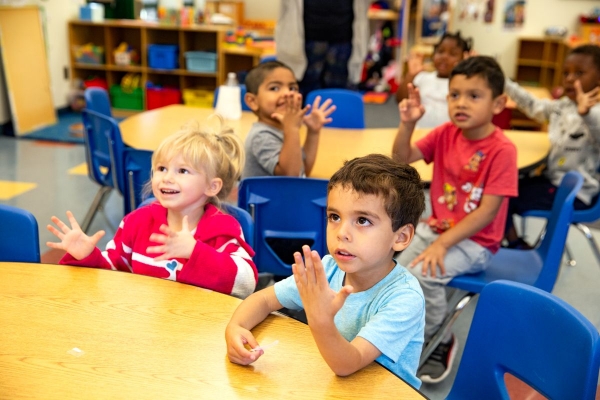 Annie Farber and Julián Castañeda, both 4, pay close attention to their teacher's lesson as they count to 10 at the Belle Haven Child Development Center. Through the Big Lift, preschool teachers receive coaching to improve their effectiveness. (Photo by Natalia Nazarova.) 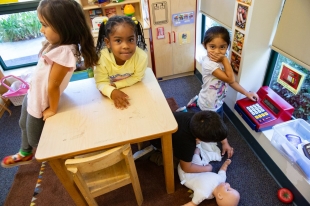