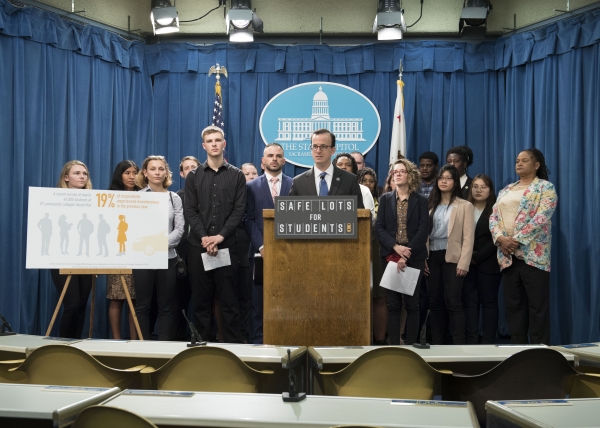 This continues to be shameful...
I want students to be housed overnight in the gyms, common areas, even the hallways if it provides a dignified and safe environment.

Twentse is a registered user.


How about AFFORDABLE = low cost dorms???

How about focusing our efforts on teaching, and guiding these students some self-worth and trade skills. Many students, residents, workers and VETS struggle but they still make it work. They pay rent, loans and taxes. We did not have these issues 20 years ago at colleges. We thought our young people back then to be resilient and resourceful. Stop with the selling of emotions for political gain and be reasonable with tax payer money.

Safe, overnight parking is truly the bare minimum that should be given to students.

As for living in gyms or hallways as someone suggested, it's important to know that homeless in general avoid shelters because their belongings are stolen, the noise is loud, sleep is tough to come by, and the list goes on.

Dorms are better, but REALLY expensive to build and maintain. There is no such thing as an affordable dorm. I'd love to see California cover the cost to live in a dorm for students in need, but it's a pipe-dream sadly. Most community colleges don't have any housing, nor the funds to build or subsidize housing.

I personally would vote to support more taxes to cover the cost of college, room and board for students in need.

Hurry up and pass the bill please I am living in the streets in my car unsafely while trying to achieve my business degree!

Anne Le Ziblatt, formerly of Tamarine and Bong Su, is back with a Vietnamese noodle bar in Redwood City
By Elena Kadvany | 7 comments | 3,539 views