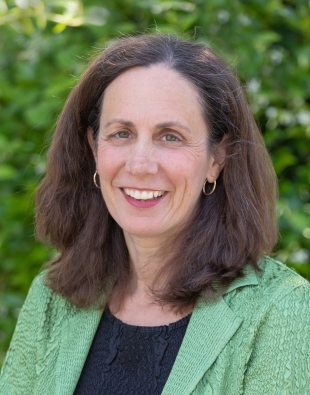 Caroline Lucas will resign from the Menlo Park City School District board, effective Aug. 1, to take a teaching role in the district she now helps to oversee.

Lucas, who joined the board in 2016, accepted a part-time Spanish teaching position in the district, Superintendent Erik Burmeister said in an email. California law prohibits district employees from simultaneously serving on their district's school board.

"The opportunity to work with innovative, student-centered teachers, and progressive instructional leaders whose lofty vision is focused on both learning outcomes and student wellness, is one I just couldn't pass up," Lucas said in a prepared statement. "As a parent, I experienced the District's commitment to quality, and as a Board member, I gained an even deeper appreciation for what MPCSD is doing to make learning relevant for students. I cherish the time I have served on the Board and will miss it immensely; however, I'm not leaving, I'm just helping the district realize its vision in a different capacity."

Lucas most recently taught Spanish and English language development in the neighboring Las Lomitas Elementary School District for six years. She has long respected the quality of education that MPCSD provides, as well as the district’s commitment to world language programs, the press release says.

Board President David Ackerman said he is disappointed to see Lucas go.

"Caroline Lucas has been an effective advocate for transparency, community engagement, and equity," he said in a prepared statement. "Losing her perspective as a voting member of the Board is a real loss. That said, as a retired MPCSD Principal, I can appreciate the district's interest in hiring a gifted and committed educator. I expect Caroline will have just as meaningful an impact as a staff member as she has as a Board member and parent."

Hillview Middle School staff interviewed Lucas for the position and they recommended her for hire in mid-July, according to the press release.

The school board will discuss the process of replacing Lucas, whose term was set to expire in 2020, at its Aug. 29 meeting, according to the press release.

The board may choose to appoint a member of the public to serve the remainder of Lucas' term or agree to hold an election on the next regularly scheduled election. If the board doesn't act, an election is automatically triggered after 60 days from Aug. 1, according to the district.

The meeting will take place at 5 p.m. in the District Office Board Room at 181 Encinal Ave. in Atherton.


Caroline - Thank you for your superb service on the School Board and I am certain that your new students will be very excited to have you as their teacher.

These local restaurants are donating meals to Bay Area residents in need. Here's how to help.
By Elena Kadvany | 6 comments | 10,855 views

Coronavirus: Plan ahead now for a big outbreak
By Diana Diamond | 18 comments | 3,932 views

Will the Coronavirus Save Lives?
By Sherry Listgarten | 29 comments | 3,746 views