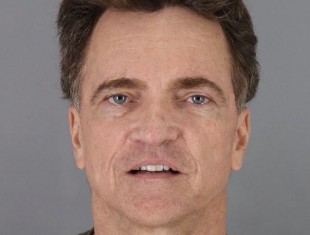 Randolph Haldeman, who was arrested last month on allegations of sexually assaulting children and then released on bail hours later, was arrested again Wednesday (Aug. 21) at his Menlo Park home on 20 sexual assault charges, according to the San Mateo County Sheriff's Office.

Haldeman had been arrested on July 25 on two counts of "lewd and lascivious acts" with boys ranging in age from 8 to 13 years; the alleged assaults took place at his home and at the Ladera Recreation Center, where he took photos of the swim team, the Sheriff's Office said.

(An official at the Ladera Recreation Center declined to comment on Haldeman's role at the center when contacted by The Almanac, but several people connected with the center have challenged the Sheriff's Office's assertion that he was a swim team photographer, saying that he was merely an occasional parent volunteer among many volunteers who took photos.)

He posted bail and was released the same day, according to the Sheriff's Office.

Since his arrest, six additional people have contacted authorities to report being sexually assaulted by Haldeman, the Sheriff's Office said in a press release issued Wednesday.

"The victims’ ages at the time of the assaults ranged from 6 to 16 years old," the press release says. "All the sexual assaults on the new charges were committed at Haldeman’s residence in unincorporated Menlo Park."

Bail has been set at $5 million, according to Detective Rosemerry Blankswade of the Sheriff's Office.

Sheriff's investigators "believe there are potentially more victims out there and encourage anyone who had any contact, with the suspect, allowed him to be around their child/children, or believe anyone may have been victimized" to contact Detective Fava at 650-363-4192 or jfava@smcgov.org; or Detective Derespini at 650-363-4055 or rderespini@smcgov.org, the press release says.

With multiple charges of sex crimes against children, the court should have locked him up without bail the first time.

Welcome to California...where the criminals are coddled and are treated better than their victims...shame on California.

He is the local Jerry Sandusky

8 people like this
Posted by Your serious
a resident of Portola Valley: Los Trancos Woods/Vista Verde
on Aug 22, 2019 at 12:26 pm

Your serious is a registered user.


Released on bail???? Pedoephile are NOT cured--I'm a counselor working with all kinds of sexual assault with all people involved. Their attachment to sexualizing underage children NEVER changes.....BAIL????

This sucks. I was holding out a tiny bit of hope after the first arrest that it wouldn't be turn out to be worse or that there wouldn't be more victims but my instincts proved correct. I feel for all of the victims and for his family, who I know have been in the dark throughout this and likely still are. I know Randy quite well and he's known me since I was a child. I am feeling grateful to be female right now. I'm hurting for my community. To take advantage of a swim program that brought so much support, positivity, and community to my neighborhood. I am angry. I hope he goes to prison for a long time, not to suffer per se, but to keep him away from all young boys for the rest of his life. To think it's gone on for so long...at least there won't be any more abuse from now on. Terrible.


One of the many problems with bail: Not only do those without funds get locked up for petty offenses, but many who should be locked up can afford to walk free and do more mischief.

Report Objectionable Content
Email Town Square Moderator
18 people like this
Posted by A swim team parent
a resident of Woodside: Kings Mountain/Skyline
on Aug 23, 2019 at 6:56 am

A swim team parent is a registered user.


It's not entirely accurate to identify Randy Haldeman a photographer for the Ladera Recreation District swim team. I wish the reporters covering this story would stop doing that. He was not employed by the LRD. In fact, he was merely a parent volunteer - like dozens of others on the team - who made an end-of-season video each summer. Other parents like myself took photos and contributed them to the video. Here's how it works: The swim team, like many other kid organizations, requires that ALL parents volunteer to help the season go smoothly and fulfill all the various needs to run a large organization that works with 150+ children. My job was to take photos and work as a timer at meets. Other parents served hot dogs at the concession stand. Some were "shepherds" to corral kids at events. Others worked at the beginning-and-end-of-season celebrations. Randy's job was to take photos that other parents submitted, shoot a few video snippets himself, then sew them into a video that we'd all watch at the end of the season. In fact, Randy had a "real job" in tech. He also volunteered for the schools. And worked as a tutor. He fulfilled all of these other roles equally and in addition to swim team videographer. I get why the police initially associated him with the LRD - they wanted to spread the word to other parents to talk with their children (who are now mostly grown men). But now that the entire Ladera community is alerted, it would be better for the reputation of the pool and the swim team program if reporters were to identify him for what he is: Another tech person like half the world down here. If you check his online LinkedIn profile, they could refer to him as the CEO of Code-N Technology, or simply as a tech executive. Of if they feel they must tie him to the Ladera Rec program, at least they could refer to him as a "parent volunteer for the swim team" instead of suggesting that he was an employee.

Thank you swim team parent for the clarification. It’s been really annoying seeing Bay Area reporters constantly refer to this guy as a Ladera Rec photographer like he was on the payroll. He was a parent volunteer and volunteered at the LRD, as well as at the elementary and middle school and at MA high school. His job’s were in tech and as you said, one google search brings up his Linkedn page with a complete listing of his positions all over Silicon Valley. I understand the Ladera link and I’m glad it was publicized, I have at least one grown up son who was a councilor at Ladera camp and remembers this guy being around all the time. But please get the facts right. San Jose Mercury was again stating, yesterday, this guy was a photographer for Ladera Rec.

Report Objectionable Content
Email Town Square Moderator
9 people like this
Posted by Another swim team parent
a resident of Portola Valley: Ladera
on Aug 23, 2019 at 2:00 pm

Another swim team parent is a registered user.


Thank you, swim team parent and ex-laderan. As a parent whose boys participated in the LRD swim team program, I too want to emphasize that Randy was a parent volunteer only. When my boys were in the program, he had a daughter in the program as well. So with the emphasis on parent, it was not unusual to see Randy around the swim team events. The swim team is run out of LRD but parents and coaches run the program -- not LRD management. Reporters: Please stop this incorrect portrayal of Randy's role and the perception that he was employed or managed by the LRD.

Report Objectionable Content
Email Town Square Moderator
8 people like this
Posted by PV Resident
a resident of Portola Valley: Central Portola Valley
on Aug 26, 2019 at 11:17 am

Not only was he a photographer for LRC swim team, he also had a tutoring company since (Grade A Tutoring) where kids would be dropped off at his house. This also need to be mentioned because there could be other potential victims.

Report Objectionable Content
Email Town Square Moderator
4 people like this
Posted by Rick Altman
a resident of Menlo Park: Allied Arts/Stanford Park
on Sep 9, 2019 at 8:32 am

We knew Randy in the 1980s -- he was in our circle of weekend volleyball players. He was always a bit eccentric, but we could have never suspected such deviant behavior. Kind of rocks our foundation a bit.

The first few seconds after awakening; before I remember the virus
By Chandrama Anderson | 0 comments | 2,416 views

Can you Stay Healthy without Making More Trash?
By Sherry Listgarten | 2 comments | 1,705 views

Think about helping others in our coronavirus-affected area
By Diana Diamond | 3 comments | 1,621 views