A hero for the hills | News | Almanac Online |

A hero for the hills 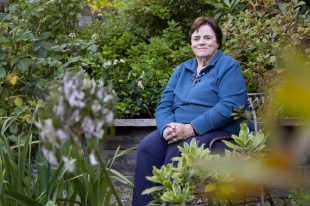 Lennie Roberts will be honored by the San Mateo County Historical Association as its "2019 History Maker" at a Sept. 17 dinner at the Burlingame Hyatt Regency Hotel. The evening will begin at 6 p.m. with a hosted cocktail reception, followed by dinner, a brief live auction, a special film created by the Historical Association as a salute to Roberts and then comments by the honoree. Reservations are required and can be made at historysmc.org or by calling 650-299-0104.

Applause - applause to Lennie Roberts, our 'Hero for the Hills.'
Although I recently moved to Sharon Heights, I did live in Ladera for 50 years, admiring Lennie's accomplishments through all of them. She is indeed a conservationist of the first magnitude, deserving of great admiration and countless accolades.