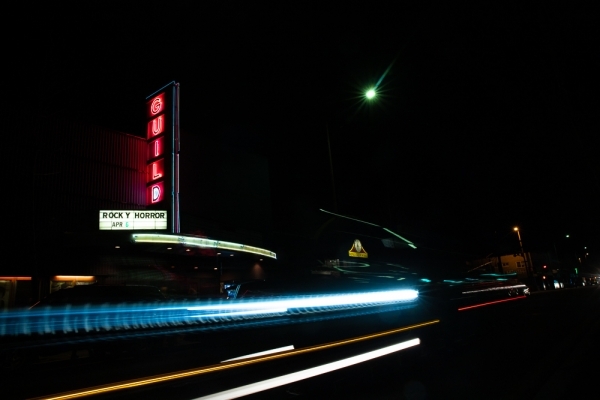 Cars zoom by Landmark's Guild Theatre in Menlo Park before the monthly midnight showing of The Rocky Horror Picture Show on April 6. The Peninsula Arts Guild plans to transform the theater into a live music venue. (Photo by Magali Gauthier/The Almanac.)