Suspect in 2011 murder of Menlo Park teen to answer charges 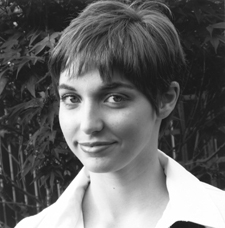 Cate Fisher of Menlo Park was killed in 2011.

Like this comment
Posted by Susie Smith good morni
a resident of Menlo Park: Sharon Heights
on Oct 9, 2019 at 12:48 pm

Thank God this was a sweet girl she was in the wrong place at the wrong time she was not driving the car she did not want to go there and your life was taken away and the gang members were not even hit She deserved a lot life she could’ve done more and many wonderful things. This is a tragedy and all this time no one was an held accountable

Who are the people the victim was with? What time of day or night did the shooting take place? Is the first defendant in the USA illegally?

Anne Le Ziblatt, formerly of Tamarine and Bong Su, is back with a Vietnamese noodle bar in Redwood City
By Elena Kadvany | 7 comments | 3,548 views

You Can Help: Scents and Migraines
By Chandrama Anderson | 0 comments | 821 views