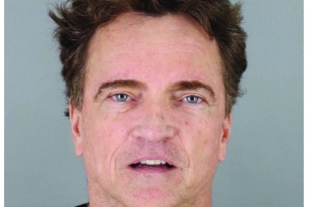 Is this monster still in jail or is he out on bail as his attorney keeps delaying the trial?

The story clearly says he remains in jail on $5 million bail.


Reading comprehension is a problem

Portland's Thai food darling Pok Pok will be popping up on the Peninsula this spring
By Elena Kadvany | 2 comments | 3,549 views

Flying: How to lower your impact
By Sherry Listgarten | 18 comments | 2,930 views