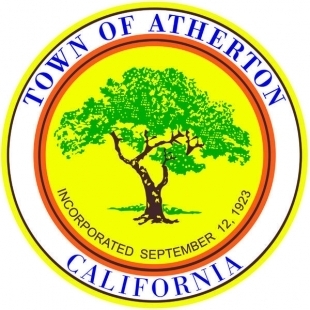 We agree that the Atherton section of El Camino is far more dangerous than El Camino in Redwood City and Menlo Park. More car lanes encourage higher speeds and more red light running and crossing the street at any of the crosswalks in Atherton is terrifying. The merging point where the extra lane in Atherton disappears is a big bottleneck, so the extra lane doesn't save time for anyone. Getting rid of it to widen the sidewalks and add bike lanes is a win-win for everyone.


All this will do is push ECR traffic onto neighborhood streets - just ask the folks in the Willows!!!

Twentse is a registered user.


Unless sidewalks for pedestrians are added too, this does not sound like a good idea. I frequently ride my bike on the existing bike lanes and they seem adequate except riding towards Menlo Park between Menlo College Rd. and Valparaiso Ave. (Bike lane would help there tremendously!!!) 2 lanes for cars will back up traffic even more. Wished Menlo Park would make it 3 lanes throughout.

9 people like this
Posted by Atherton resident
a resident of Atherton: West Atherton
on Nov 6, 2019 at 3:21 pm

The first comment to the story said that due to a merging point bottleneck “the extra lane doesn’t save time for anyone .” I wholeheartedly disagree.!

El Camino in Menlo Park is a nightmare, especially around commute time.

As an Atherton resident I’m so appreciative that I can leave my house on the border of Menlo Park at almost any time , drive North on El Camino and within close to 5 minutes arrive 2 to 3 miles down the road to go the vet, or Target for groceries/other supplies, etc. vs. spending 15 minutes to go 1 mile south on El Camino in Menlo Park at commute time.

I can’t take my dog to the vet or get sufficient home supplies on a bike. Unfortunately the installation of a wider/any sidewalk and bike lane won’t take sufficient cars off the road to counter fewer car lanes. We’ll just end up like Menlo Park with awful pollution-inducing stop and go traffic.

Report Objectionable Content
Email Town Square Moderator
10 people like this
Posted by Carl
a resident of Atherton: other
on Nov 6, 2019 at 6:25 pm

Portland's Thai food darling Pok Pok will be popping up on the Peninsula this spring
By Elena Kadvany | 2 comments | 3,549 views

Flying: How to lower your impact
By Sherry Listgarten | 18 comments | 2,930 views