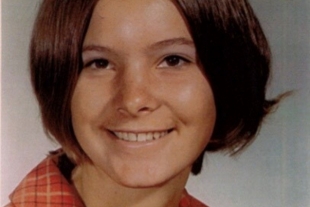 La Honda resident Janet Ann Taylor was last seen hitchhiking near Stanford University on March 24, 1974. Her body was found in a roadside ditch in Woodside the next day. She had been strangled. Photo courtesy San Mateo County Sheriff's Office.

I think you mean chain of custody.