Classrooms will be funded by $49.5 million bond measure 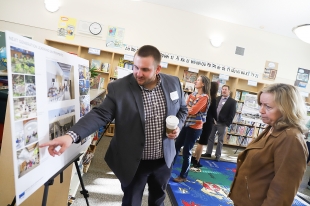 Don't spend it all at once.
Enrollment is declining and tax payers are getting tired of your never ending bond measures.
Should have some better oversight as well.

Anne Le Ziblatt, formerly of Tamarine and Bong Su, is back with a Vietnamese noodle bar in Redwood City
By Elena Kadvany | 7 comments | 3,510 views

You Can Help: Scents and Migraines
By Chandrama Anderson | 0 comments | 735 views