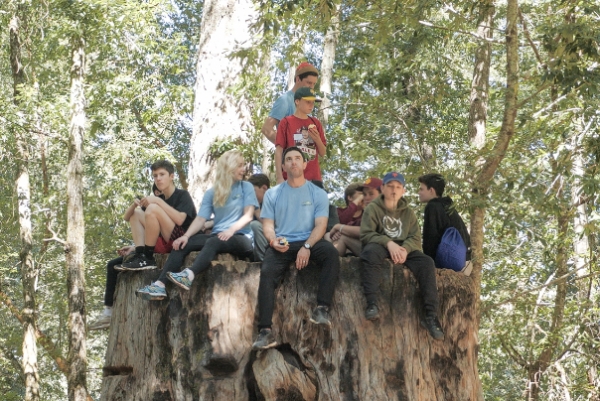 David Klein sits on a massive tree stump with participants of a "GameChangers" retreat during an activity. (Photo courtesy of Fog Coast Productions.) 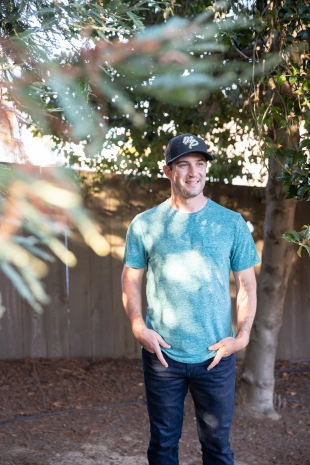 David Klein, founder of America Offline, poses for a portrait at his home in San Mateo. (Photo by Magali Gauthier/The Almanac)