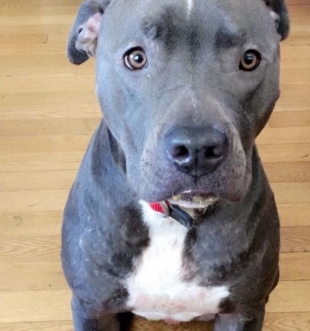 What a vague article. Why is this even news? If the dog was shot in late December and the bullet is still in the dog, it's clearly not an emergency situation. I'd like more detail on the medical situation of the dog, and why a Go Fund Me has been set up. Secondly, most veterinary hospitals will accept a payment plan. If the family has already raised 5K, I would like to know if they have explored this option. Which veterinary hospital is involved? Why is this surgery so expensive? That seems excessive for a non-emergency situation.

I've just looked at the radiographs on the GoFundMe site. That does not look like a $5,000 removal job---the bullet is very shallow. Kate Bradshaw, it would be great if you could explore this situation further, [portion removed]. Please identify which veterinary hospital is involved, and find out more about the actual estimates involved. It's your responsibility as a reporter to get all the facts of the situation before publishing something asking for donations. Thank you.