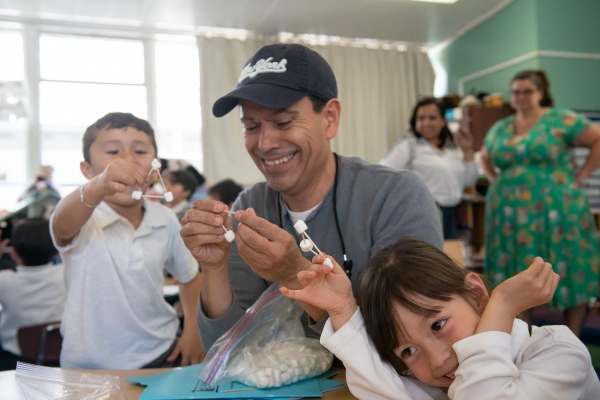 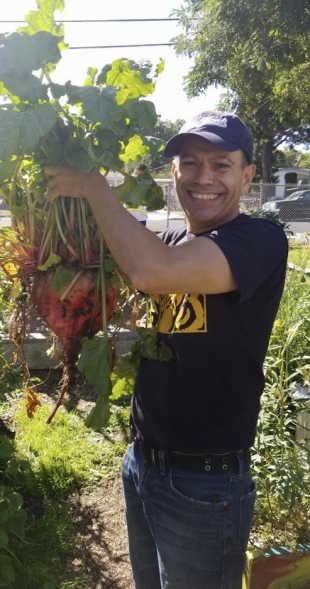 The Ravenswood Education Foundation is the beneficiary of a fundraiser in remembrance of longtime Belle Haven School teacher José-Iván Ibarra, 54. Ibarra died of a heart attack on Dec. 9 in Redwood City, according to his family.

More than 60 people had donated a total of $24,200 to the fundraiser as of Dec. 30, said Jenna Wachtel Pronovost, executive director of the foundation. This amount of money could fund a part-time music teacher in the district, she noted.

A San Francisco resident, Ibarra taught kindergarten at the Menlo Park school for 23 years and was an alumnus of the Ravenswood School District. Ibarra's husband Dean Larson, his partner of 16 years, decided it would be a proper tribute to Ibarra to give back to the district he "felt a strong connection to."

Ibarra was born in 1965 in Chapala, Mexico, to Juan and Jovita Ibarra. The family immigrated to the United States when José was 6, settling in the San Francisco area, according to an obituary written by his family.

He graduated from Menlo-Atherton High School and attended the University of California at Santa Barbara, where he discovered a love of dance and choreography, according to the obituary and his Facebook page. He and his friend Pete Litwinowicz formed Dance Continuum SF, which they ran from 2007 to 2012.

Ibarra was negotiating chair for the Ravenswood Teachers Association, the Ravenswood district's teachers union, according to the obituary. He "worked tirelessly to make learning exciting and help (students) be successful," it says. "José had an incredible way of lighting up a room, and made everyone he met smile, laugh and feel loved. He touched the lives of his family, friends, colleagues and students, and he will be deeply missed."

Wachtel Pronovost said Ibarra's impact on the school district "lives on exponentially" with the fund in his name.

"I think he understood the power of great schools for kids who are otherwise vulnerable, and he knew this intimately as a former student," she said. "He really saw kids and families as whole people and not just through their academic lives."

Larson said the foundation's work assisted Ibarra's work as a teacher. For example, its funding has gone toward a new soccer goal for the playground, books and art supplies for students.

"Ravenswood is being squeezed in on all sides by other school districts, so they're having to combine schools," Larson said, referring to the district's plans to close Willow Oaks Elementary School in Menlo Park and Brentwood Academy in East Palo Alto next fall. "It's natural that we reach out and support them (district schools) as much as possible."

Donations have come in from Ibarra's colleagues, along with friends and family everywhere from New York to Spain, Wachtel Pronovost said. Funds will go toward all of the foundation's programming, she added.

Foundation officials are working with the district's teachers union and district officials to create a lasting tribute to the beloved teacher, Wachtel Pronovost said. They are waiting until the district decides which schools it will close since officials would like the tribute to be at a campus that will continue to operate, she said, adding that officials could name Belle Haven School's garden, which Ibarra started several years ago, after him.

Donations can be made in Ibarra's name here. After clicking the "donate" button, choose "In memory of" and note José-Iván Ibarra.

Jose Ibarra was truly a gifted teacher who is already missed. We need more like him! I worked with him at Belle Haven for many, many years and always appreciated his happy attitude and dedication to his students.

A Pragmatic Approach to A Trillion Trees
By Sherry Listgarten | 2 comments | 3,596 views

The University of California’s flexible policies during COVID-19
By John Raftrey and Lori McCormick | 6 comments | 2,448 views