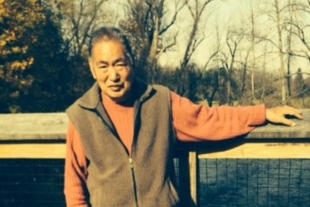 My deepest condolences on the passing of Sam. The Kurose family was such a wonderful part of downtown Menlo Park and my whole family misses Nak's to this day. What a huge loss!

Sam was such a kind and gracious man. It was always a joy going to Nak's. He personally helped me find just the right thing on many occasions. With his gentle manner and kind smile, he made Nak's a very special and welcoming place. My heartfelt condolences to his wonderful family.

So sorry to hear this news. We also have many fond memories of Sam, Ikie, and Nak's. Adding our condolences to the Kurose family. You are missed!