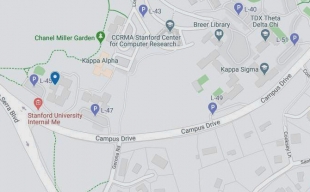 A Stanford University student was knocked unconscious in a robbery outside of student housing off of Campus Drive on Feb. 9. Image courtesy Google Maps.