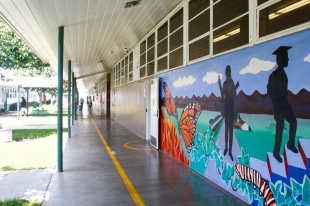 Turnover in district leadership over the last year impacted the findings of an annual audit on the Ravenswood City School District that was accepted by the Board of Education earlier this month. Palo Alto Weekly file photo.

The Ravenswood City School District will pay just over $24,000 for financial errors uncovered in an annual audit for double-counting students for a federal meal program and exceeding the allowable ratio of administrators to teachers.

Sheldon Chavan of Chavan & Associates in San Jose presented his firm's audit findings to the school board on Feb. 13. The board unanimously accepted the report with no discussion.

Chavan said turnover in district leadership over the last year — including the departures of the superintendent and chief business official, who left amid warnings of fiscal insolvency and budget cuts — delayed the audit and impacted the findings. The audit also cites personnel cuts and time-strapped staff as contributing factors. The district's controller position was unfilled for most of last year.

The audit found that the district had counted "newcomer" students in the federal child nutrition breakfast program more than once, mistakenly claiming 3,196 duplicated student breakfasts and 72 duplicated student lunches for reimbursement during the year.

The district must return $5,807 in federal reimbursements and has taken action in its point of sale software to reject duplicate claims, according to a staff report. The auditors also recommended that the district "remind all staff and ensure internal control policies and procedures are being followed to ensure only one meal for breakfast per child is counted on roster lists and verifying the meals received back in the kitchen match the number of students listed for breakfast per classroom. Students lunch meals should only be counted at a site if a student is on-site and takes a meal."

Ravenswood will also be penalized $18,409 for exceeding the state's ratio of administrative employees to teachers.

To avoid future penalties in this area, the district plans to complete an employee ratio worksheet at the beginning of each fiscal year and regularly update it throughout the year, according to the audit.

The firm also reviewed the district's response to two findings from the previous year's audit, including incomplete personnel documentation and errors in the human resources and payroll departments. In response, the district reassigned employees to improve compliance and continues to train staff, according to the audit.

"Internal controls are essential to the effective operation of local governments and school districts," the report states. "Without adequate internal controls, management has little assurance that its goals and objectives will be achieved."

Ravenswood's audit report has been filed, as is mandated, with the San Mateo County Superintendent of Schools, the state Department of Education and the state Controller's Office.

The Ravenswood City School District did not return requests for comment.

These local restaurants are donating meals to Bay Area residents in need. Here's how to help.
By Elena Kadvany | 6 comments | 10,854 views

Coronavirus: Plan ahead now for a big outbreak
By Diana Diamond | 18 comments | 3,932 views

Will the Coronavirus Save Lives?
By Sherry Listgarten | 29 comments | 3,746 views