Seeking to curb emissions, Atherton is gradually phasing out gas, while Portola Valley takes a stricter approach
Atherton is taking a gradual approach to going all-electric to curb the use of natural gas, offering exemptions for residents... Last comment on Dec 3, 2022 at 7:45 pm | 6 comments

Getting ready to ban gas leaf blowers, Menlo Park works on outreach
When it comes to phasing out gas-powered leaf blowers, landscape professionals don't have much to say about it, according... Last comment on Dec 5, 2022 at 6:13 pm | 17 comments

A New Shade of Green
by Sherry Listgarten
Some of the best jobs around
Dec 4, 2022 | 4 comments

"Kites"
Gentaro King, 7, flys his kite at Bedwell-Bayfront Park. Gentaro bought his kite on vacation in China and it is made of more than 30 paper pieces. Submitted by Michelle Le on May 17, 2010

It's unclear whether incoming Portola Valley council member Judith Hasko can take part in discussions related to the the town's housing element, a post-election surprise that could ice her out of major town decisions. Tuesday, 2:24 PM

Armed with large posters stating facts and quotes related to a contentious bargaining process, teachers and parents came before the school board on Nov. 17 to support better treatment and pay for teachers. Tuesday, 9:36 AM | 1 comments

Dozens of nonprofits across San Mateo County got an early Christmas gift from the Chan Zuckerberg Initiative, which announced the 2023 CZI Community Fund recipients. A total of $6 million has been split between 63 organizations. Tuesday, 7:52 AM

A Woodside woman who was arrested while suffering a medical emergency that deputies mistook for drug or alcohol impairment has settled her lawsuit against San Mateo County for $750,000, according to an agreement dated Aug. 1. Monday, 3:32 PM | 7 comments 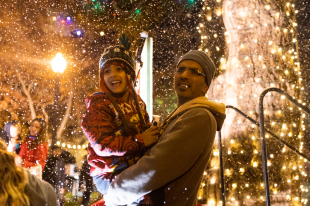 Following Council member Ray Mueller's election to the San Mateo Board of Supervisors and subsequent resignation, the Menlo Park City Council is seeking applications to finish out his term and represent District 5. Monday, 10:26 AM | 6 comments

The San Mateo County Community College District has announced three finalists, all who hold leadership roles at community college districts, for the role of chancellor. Monday, 8:05 AM

For the second time in a month, a student is found with gun on the Menlo-Atherton High campus

On Tuesday, for the second time in less than a month, Atherton police arrested a student on suspicion of bringing a firearm to Menlo-Atherton High School. Saturday, 6:02 PM | 4 comments

Caltrain service between Belmont and Mountain View will be reduced by more than one-third and end earlier each night during a two-week period beginning Monday, Dec. 5.
Sunday, 9:05 AM

The local landmark that hosts daytrippers and hostel guests alike is about to undergo renovations that could increase public access. Sunday, 9:06 AM

In dueling sentencing memorandums filed late Wednesday night, lawyers for convicted Theranos executive Ramesh "Sunny" Balwani told a federal judge that their client should be put on probation and not serve any prison time. Friday, 2:08 PM

The Ravenswood City School District is one step closer to leasing out its district office, which could potentially bring in about $1.5 million to the district annually. Friday, 9:34 AM | 1 comments

After weeks of an unexplained 104-degree fever, an enlarged tonsil and stomach pain, 3-year-old Eliana got help at Ravenswood Family Health Network, a local nonprofit supported by The Almanac's Holiday Fund. Friday, 9:32 AM

Two people who entered the Apple store in downtown Palo Alto on Nov. 25 during a busy Black Friday sales event made off with an estimated $35,000 in merchandise, Palo Alto police said. Thursday, 11:23 AM | 1 comments

The parents of a Stanford women's soccer star who died by suicide after learning she faced disciplinary action filed a lawsuit against the university and some of its top administrators last week. Wednesday, 10:20 AM

According to Meta content moderators, contracted employees who worked at the company's now-vacated Mountain View office don't have the option to work from home. Wednesday, 11:42 AM

Portola Valley Elementary School District governing board members said goodbye on Nov. 17 to trustee Anne Fazioli-Khiari, who decided over the summer not to run for reelection this fall. Wednesday, 11:26 AM

A cold front will bring wind and rain late Wednesday to the North Bay that will spread to the rest of the Bay Area by Thursday, according to the National Weather Service. Wednesday, 11:36 AM

The winningest football coach in the university's history looked back at his "magical" tenure and announced plans to spend time with his family during a press conference on Monday. Tuesday, November 29, 1:01 PM

Belle Haven Elementary School will be the first campus to be renovated using money from a recently passed bond measure, with a $50 million budget for new facilities. Tuesday, November 29, 11:09 AM

Someone smashed the front glass door of Portola Valley Hardware & Feed and stole power tools and other merchandise on Thanksgiving morning, according to the San Mateo County Sheriff's Office. Tuesday, November 29, 10:15 AM

Flowers and cake was in order at the Thursday, Nov. 17, Menlo Park City School District board meeting, as the community said goodbye to longtime trustee Stacey Jones. Colleagues spoke with admiration of Jones' humble, calm demeanor. Tuesday, November 29, 10:15 AM

The holiday season is in full swing in the coming weeks, with Atherton hosting a tree lighting and the town's police department hosting an annual toy drive. Portola Valley is also seeking volunteers to serve on its Planning Commission. Sunday, November 27, 8:36 AM

The Four Seasons Silicon Valley hotel has brought back a seasonal pop-up on its outdoor terrace, transforming the space with semi-private wooden chalets, holiday foods, a sweet shop, fake snow and other holiday decor. Saturday, November 26, 10:11 AM

The two Redwood City drivers facing second-degree murder charges for their involvement in a major vehicle collision that resulted in the death of a San Carlos couple appeared before a judge on Tuesday. Monday, November 28, 9:28 AM

When it comes to phasing out gas-powered leaf blowers, landscape professionals don't have much to say about it, according to outreach efforts by the city of Menlo Park. Thursday, 9:41 AM | 17 comments 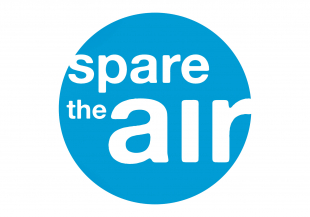 Spare the Air Alert scheduled for Friday
The Bay Area Air Quality Management District is issuing the winter season's first Spare the Air Alert for Friday, calling for people to abstain from burning materials of any kind in fireplaces or outdoors. Thursday, November 24, 4:00 PM

Atherton is taking a gradual approach to going all-electric to curb the use of natural gas, offering exemptions for residents who don't want to give up their gas stoves. Meanwhile, Portola Valley's new rules have fewer loopholes. Thursday, 11:24 AM | 6 comments

Menlo Park photographer sentenced to 165 years to life for child molestation
A Menlo Park photographer who used his access to children to molest several of them over the last 30 years has been sentenced to 165 years to life in prison for his crimes, San Mateo District Attorney Stephen Wagstaffe said. Monday, November 28, 9:09 AM

Children ages 5-11 are now eligible for the COVID-19 booster vaccine targeting strains of the omicron variant after the U.S. Food and Drug Administration expanded the vaccine's authorization on Wednesday, Oct. 12. Thursday, October 13, 10:39 AM | 4 comments

Driving fitness, not age, could determine when to hand over the keys

I Was At The Stanford Shooting. Let’s Do Better Next Time
By Laura Stec | 2 comments | 3,215 views

Some of the best jobs around
By Sherry Listgarten | 4 comments | 2,653 views

Palo Alto's Pizz'a Chicago 'not ready to quit' and seeks funds to support downsizing
By The Peninsula Foodist | 4 comments | 2,023 views

People and Relationships Never Stop Being a Work in Progress
By Chandrama Anderson | 1 comment | 1,544 views