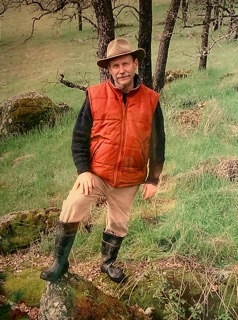 Albert (Al) Keicher, beloved and loving husband, father and grandfather, was born in Brooklyn, New York, to Joseph and Lydia Keicher, recent immigrants from Erlenbach, Germany. Shortly after, the family moved to St. Albans, New York, where Al grew up. He commuted to Manhattan to attend La Salle Academy and Manhattan College, where he received a degree in microwave engineering. During this time he was an avid member of The Sons of Liberty, a performing fife and drum corps where he played fife. He was employed for three years by Sperry Gyroscope in Great Neck, New York, relocating to California in 1962 to join the Accelerator Structures Program at the Stanford Linear Accelerator Center. He became one of the original Accelerator Operators, later becoming a Chief Operator. In 1975 he moved on to the PEP program and later was involved with the SLAC Linear Collider program. In 1963 he married Patricia Hoffman, whom he met through the Stanford Catholic Graduates Club. Together they established a family home in Palo Alto where they raised their three daughters. He was a member of the St. Thomas Aquinas Catholic Community. Upon retiring, Al fulfilled his lifelong dream of enjoying country life by establishing a family retreat in the back hills of Angels Camp. He divided his time between Palo Alto and Angels Camp until February when he was diagnosed with pancreatic cancer. His last months were spent quietly, surrounded by those who loved him. He is survived by his wife of 57 years, three daughters, Elizabeth Zimmermann (Michael), Jeanne Keicher and Katherine Gillespie (James), granddaughters Annika and Marlena Zimmermann and Jaselin Drown, grandson Liam Gillespie, brother Rudolph Keicher of Vermont, nieces Julie Herbert and Lynn Parchinski, and his many cherished cousins in Germany. He was predeceased by his infant son James. Al will be greatly missed.

A memorial Celebration of Life will be held in his honor after the COVID pandemic allows.