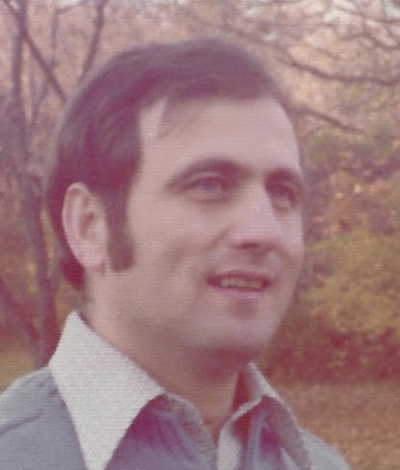 Alex Spiridon passed peacefully on January 31st. He was afflicted with Parkinson’s for over 20 years and Lewy Body Dementia for 6 years. His strong-willed spirit never gave up, a tenet demonstrated throughout his entire life.

Alex was born on August 13th, 1939 in Aleppo, Syria where his father was stationed in the French military. Family and religion were staples throughout his life beginning in his youth where he grew up in a household surrounded by his extended family. They instilled in Alex a strong religious ethic, which he continued by attending church and his continual study of the Bible.

After attending primary school in Aleppo, Alex attended a private boarding school in Lebanon, Broumana High School. Here he excelled in his studies and developed an interest in mathematics at his early teenage years. When he wasn’t studying, he enjoyed exploring one of his favorite mountainous regions near Cedars, Lebanon. He then pursued an Electrical Engineering degree from American University of Beirut (AUB). His education continued in the US where he obtained both masters and PhD in electrical engineering from MIT, graduating in the top 1% of his class.

Upon graduating he moved back to Lebanon and worked for IBM for 1-½ years after which time he returned to the US to work for Western Electric in New Jersey, and then Lincoln Research Labs in Boston. In 1973, he married Nana Nammour in Lebanon; shortly after she moved to be with him in Boston. In 1977, they had their first daughter, Liza. In 1978, they moved to California where Alex joined Stanford Research Institute (SRI) as a research scientist. In 1980 they had their second daughter, Grace. His tenure at SRI continued for almost 20 years, followed by 7 years at Lawrence Livermore Labs.

In 1999 he was diagnosed with Parkinson’s Disease. Even after he retired in 2005, he kept himself occupied by researching the disease, a personal cause he was very passionate about. In 2014 he was also diagnosed with Lewy Body Dementia. He was always strong-willed and did not let either of these symptoms impede his life. This was embodied through Alex’s strong belief in mind-over-matter, something admired by everyone he touched.

He enjoyed traveling, good food, playing cards, Backgammon and the outdoors. He also spent many hours tending to his garden where he grew many fruits and vegetables. He introduced his daughters to these activities which they continue to enjoy to this day.

He is survived by his wife, Nana, his two daughters, Liza and Grace, two son-in-laws, Jeff and Greg, two granddaughters, Madison and Olivia, and the Spiridon, Nammour, Gali, and Saba families.

The family asks that any memorial contributions be made to the Michael J. Fox Foundation for Parkinson’s Research.

Due to the circumstances of the COVID-19 pandemic, a funeral has not been scheduled. The family will celebrate Alex’s life in Palo Alto in a private family gathering in the near future.

Photo Gallery
0 photos Upload a photo
Remembrances
0 entries Submit a remembrance
Memorial service
Due to the circumstances of the COVID-19 pandemic, a funeral has not been scheduled. The family will celebrate Alex’s life in Palo Alto in a private family gathering in the near future.
Make a donation
The family asks that any memorial contributions be made to the Michael J. Fox Foundation for Parkinson’s Research.
About this site     Contact us