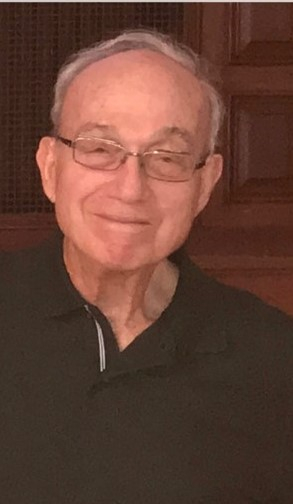 Al Neiman, of Ladera, passed away on December 22, 2021 at 90 years old. Many words can be used to describe Al. Husband, father, grandfather, veteran, coach, engineer, handyman, bridge player, 49er fan, dog lover. Born in St Louis in 1931 to Sam and Josephine, Al went on to earn his Bachelor’s and Master’s Degrees in Metallurgical Engineering at the Missouri University of Science and Technology. He spent two years in the Army which brought him out to California where he met his wife Ingrid and they settled in Menlo Park (Ladera resident since 1968). Together they raised five children, Michael, Gary, Tamara, Jeff and Mark. (Spouses: Nancy, Karen, Randy Cook, Jodi and Stacy). As a child of the Great Depression, Al instilled in his kids the value of a dollar, and that if you had to go without a hot dog, peanut butter was a good substitute to add to the ketchup and mustard. He taught his kids to drive, change the oil, make scrambled eggs and how to tie a tie. He coached baseball and soccer, along with being a constant presence at swim meets and tennis tournaments. As the years passed, he continued sitting on the sidelines cheering on many of his ten grandchildren: Andrew, Dylan, Nicole, Adam, Thomas, Danielle, Madison, Jacob, Sarina and Jordan. He loved being with his family and was always happy lending his advice on home improvements and his specialty, what kind of car to purchase, with Internet research being his forte! He truly enjoyed a good meal, especially if it involved corned beef and chocolate ice cream. With Ingrid and other family members and friends, he went on numerous cruises and of course, the buffets were a highlight. Al spent 37 years at Lockheed before retiring. With five kids and a job, he still found time to play tennis, golf and bridge. Even during the pandemic, he continued playing bridge on-line. Al also gave back to the community, serving on the board of the Ladera Community Association and teaching his fellow seniors computer skills and bridge at Menlo Park’s Little House. And it goes without saying that Al adored his dogs. He would feed, groom and play with them and they showed their love back by sleeping at his side. Donations in Al’s memory can be made to Peninsula Humane Society/SPCA at www.phs-spca.org.