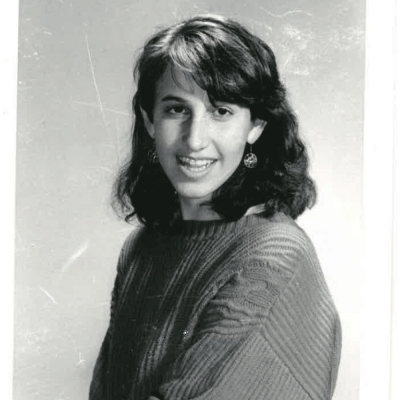 Loving daughter of Guillermina Power (nee Damian) of Monterey Co., and Michael George Power of Round Rock, TX., was born in Santa Clara, CA. on January 21st, 1973 and died in Salinas CA. on July 21st, 2021. Alma grew up in Palo Alto where she enjoyed playing softball, bowling and swimming. She was athletic and often walked long distances. Both brothers were very good singers. It was a bilingual family, and there were many trips to Mexico City.

She is a graduate of the prestigious Palo Alto H.S., where she excelled in foreign languages.

She joined the U.S. Navy, with an interest in marine biology, and served proudly in Illinois, Virginia and aboard ships in the Mediterranean and across the Atlantic.

Alma “came of age” at her Quinceañera Mass near the start of 1988. She is survived by her parents and children Acacia Leigh Anne Power (aka Casey Lee Wanzer J, Brandi Nicole Wanzer and Brian R, Wanzer, Jr., over 50 cousins and granddaughters Arya and Mila Casas. Alma’s dad remarked in January 1994: “that is the most beautiful girl I have ever seen,” not realizing that he was commenting on his own daughter!

Alma spent her last years painting in watercolors, and making her mom’s life more pleasant by being in constant contact with love and help. She is survived by her brother Michael William Power of Toulouse, France. Both her brother Thomas Joseph Power and her uncle, Joseph Anthony “Tio Tony” Power predeceased her.

Alma left us too suddenly. Our consolation is that she is now with our Loving God!