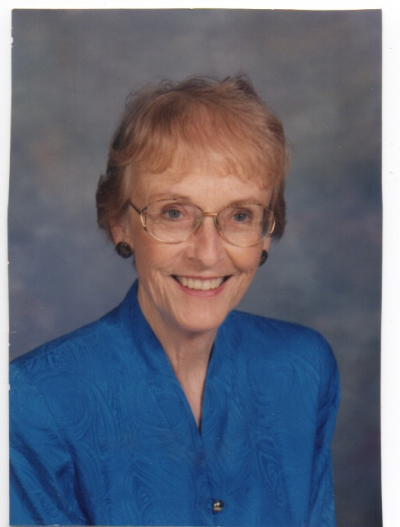 She was named Eula Bernice Hartley at her birth on January 9, 1928, in Olmsted Falls, a suburb of Cleveland, Ohio. Her father, Leslie Hartley, had worked in a bank which failed during the Great Depression, after which he and his wife Gertrude Hartley moved their family to Tulelake, California, where the WPA had made drained portions of Klamath Lake available to World War I veterans like him for farming. The Hartleys had roots in the Klamath region dating back to the nineteenth century. Bernice spent her girlhood on what she always called “the ranch,” driving trucks and tractors like her older brother, Lawrence Hartley, helping with the production of potatoes, barley, onions, and alfalfa. She attended then-named Chico State College before transferring to Stanford University, graduating with her bachelor’s degree in 1950.

Also in 1950, she married Allen Holubar, whom she met at Stanford. The couple made a home in Menlo Park, CA, where Bernice joined the faculty of Oak Knoll School. Her teaching career ended with the arrival of their four children, Mike, Kent, Carey, and Jay, starting in 1953. Bernice never lost touch with her farm upbringing, intrepidly driving the long route from Menlo Park to the Tulelake ranch with her wiggly offspring in the family station wagon for extended summer stays with her parents.

Despite the full-time job of raising four energetic kids, Bernice engaged in a variety of community institutions, including the Oak Knoll School PTA, the Menlo Park Presbyterian Church, and the Stanford Parents Club. She filled her pantry with home-canned tomatoes and apricots, restored press-back chairs, and reupholstered furniture. Avid travelers, she and Al took varying configurations of their family to tour Europe in 1969 and 1972 and the Montreal Olympics in 1976; the couple began to visit Hawaii frequently in the 1980s, eventually buying a condo in Honolulu, where she mastered Hawaiian quilting techniques through regular classes at the Bishop Museum.

Late in life, Bernice married Bill Gruber, the widower of a friend, and spent happy years traveling together and celebrating holidays with family. During that time, the first signs of her dementia appeared; after Bill passed away in 2012, Bernice received expert, loving care from the staff at Gordon Manor in Redwood City.

She is survived and mourned by her children and their families, Michael Holubar and Karen Inaba, Kent and Patty Holubar, Carey Holubar, and Jay Holubar and Brandy Falcon; and by her grandchildren, Hana Holubar and her husband Kyle McCabe, Taylor Holubar and his husband Ed Berchick, Grayden Holubar, Andrew Dietz and his wife Christina Zuniga, Noah Dietz, and Shea Holubar. Her three great-grandchildren are Cora and Gia McCabe and Samantha Berchick-Holubar. Memorial arrangements are pending. Memorial donations may be made to Gordon Manor, 1616 Gordon St, Redwood City 94061.