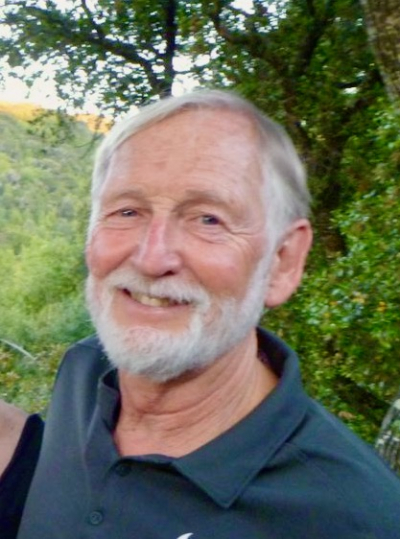 Björn Conrad, husband of Kirby, father to five (Danielle, Kirsten, Alexis, Claire and Mark), grandfather to four (Dante, Madeleine, Leo and Joy) passed away on December 14th after a short battle with cancer.

Björn was born in Stockholm, Sweden to Carl-Henrik and Margot Conrad, a Swedish Air Force pilot and his German-Jewish refugee bride. After the conclusion of World War II, the Conrads emigrated to New Jersey to scratch out a new beginning on a chicken farm.

After a short hiccup in elementary school due to not knowing English, Björn quickly showed his academic talents and earned a scholarship to The Peddie School. Though his plan was to go to an A&M college to join his father in farming, Björn was guided by a strong-willed and more forward-thinking female friend (not for the last time) to instead attend MIT.

While in Boston he met his first wife Joyce. In 1963 she joined him on a cross-country journey to California where Björn had a job waiting at Lockheed as an engineer in the field of Aerospace Guidance and Control. Another forward-thinking friend pushed Björn to apply for graduate studies at Stanford, where he earned his PhD in Aeronautics & Astronautics.

Björn did not spend all his days at his desks at work or at Stanford, as his marriage with Joyce led to three daughters: Danielle, Kirsten, and Alexis. After Joyce’s tragic death in an automobile accident, Björn plunged into single fatherhood. He enjoyed making use of his pilot’s license and taking his young girls for adventures. He met his second wife, Kirby, while chaperoning his daughters’ middle school dance – Kirby the math teacher, and Björn the dad. This led to Björn’s fourth daughter, Claire, and first son, Mark.

While his career started aimed at the stars, working with Lockheed and the NASA Ames Research Center with a focus on flight simulations, Björn’s true love was closer to the earth, in the analysis and simulation of transit control systems. This led to 47 years at SRI International, Transportation Decision Systems, and PGH Wong.

Björn was a founder of Transportation Decision Systems and a primary author of the OnTrack simulation suite, which has helped build and improve transit systems nationwide. In these roles, Björn was known for his ability to solve complex engineering problems with a spark of brilliance and a bullish work ethic. He spent his last year training young engineers to analyze railroads using OnTrack, and, to no one’s surprise, he continued working on active client cases from his hospital bed.

When not at the computer working, Björn could often be found on the courts and in the pools of the Alpine Hills Tennis Club, where he was a member since 1979. He enjoyed all sports regardless of experience or aptitude, as evidenced by his great pride in being the only 70+ year old teaching himself to snowboard.

Björn also enjoyed fine coffee, and any early morning or mid-day mystery disappearance could be quickly solved with a trip to the nearest coffee shop, where he would be found with a latte, pastry, and a strong opinion on something he just read in the newspaper. His family will miss debating those opinions, and his willingness to join in on any adventure, whether by plane, train, bus, or Mini Cooper.

He derived great joy from wandering the trails around his home in Los Trancos Woods. Donations to celebrate Björn’s life can be directed to the Peninsula Open Space Trust.