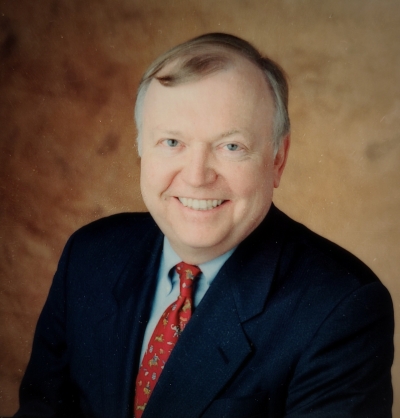 Bruce Crocker passed away in Palo Alto on February 22, 2021 due to complications sustained over the past decade from cancer radiation treatments in 2009.

Born on November 21, 1942 in Greensburg, PA, Bruce was the son of John and Madeline Crocker. He spent his formative years in Glens Falls, NY and Needham, MA and later moved to Houston, TX where he attended Spring Branch High School. He was active in the Boy Scouts, earning his Eagle Scout award his senior year. He received his BS and MS degrees in Chemical Engineering from the Massachusetts Institute of Technology where he was president of Delta Kappa Epsilon fraternity. He moved to San Francisco in 1965 to work as a process design engineer at Chevron Research. He met his future wife, Suzanne Moore, in San Francisco and they were married in 1967. In 1970, they moved to the Peninsula where Bruce attended the Stanford Graduate School of Business and in 1972 they established their residence in Palo Alto.

After getting his MBA degree, Bruce had a diverse and interesting 45-year career in San Francisco and Silicon Valley. From 1997 until his retirement in 2010, Bruce was a venture capitalist focused on investment opportunities in Israeli technology and healthcare companies. He was a managing director and co-founder of Eucalyptus Ventures in 1997, a firm that merged in 2000 with another Israeli-based fund to form Pitango Venture Capital, Israel’s leading venture firm where he was a general partner leading the firm’s US office.

From 1988 to 1997, Bruce was a Managing Director at Hambrecht & Quist, a San Francisco investment bank focused on technology and healthcare companies, where he led teams in more than 30 IPOs and M&A transactions.

Prior to that, Bruce spent a number of years as an operating manager in Silicon Valley before, as Suzanne says, “he stepped into a phone booth and came out an investment banker.” He was president and CEO of Exploration Systems; president of Geometrics, a geophysical instrument manufacturer; and VP manufacturing at IVC (the original inventor of VHS video equipment); and VP at Leslie Salt Company. Earlier in his career, Bruce was a management consultant at McKinsey & Company.

His philanthropic work included serving on the UCSF Ophthalmology Department support board, That Man May See; the University of Montana Foundation Board of Trustees; Fallen Leaf Lake Homeowners Association Board; and Fallen Leaf Lodge Associates Board. He also was an instructor and mentor for a Stanford Graduate School of Business entrepreneurship course.

Beyond his family and career, Bruce’s greatest passion was Fallen Leaf Lake. Bruce and Suzanne started going to Fallen Leaf in the 1970s, and were one of the founding families that established the Fallen Leaf Lake Lodge community. Bruce gave countless hours to the project over the past 40 years, and his vision of establishing a wonderful family cabin for future generations came true as his children and grandchildren have developed a shared passion for Fallen Leaf Lake. Bruce loved spending time with family hiking in Desolation Wilderness and skiing in the Sierra Nevada mountains. Bruce and Suzanne also enjoyed annual trips with friends to the Oregon Shakespeare Festival, and were fortunate to travel abroad widely and often. He especially enjoyed trips to Scotland to see family there.

A loving husband and father, Bruce is survived by his wife Suzanne, son Patrick (Erin) of Hillsborough, daughter Katie Storey (John) of Burlingame, grandsons Will Crocker and Jack Storey, granddaughters Caitlin Crocker and Samantha Storey, and sister Marilyn Crocker Cleveland of Berkeley. His greatest joy was seeing his children grow up and succeed in life, and to watch, nurture and interact often with his beloved grandchildren.

Photo Gallery
0 photos Upload a photo
Remembrances
0 entries Submit a remembrance
Memorial service
On Saturday, March 20, at 11 am, a celebration of Bruce’s life will be held virtually.
Make a donation
For contributions in his memory, the family suggests the American Cancer Society (cancer.org) or the Fallen Leaf Lake Fire Department (checks can be mailed to P.O. Box 9415, South Lake Tahoe, CA 96158).
About this site     Contact us