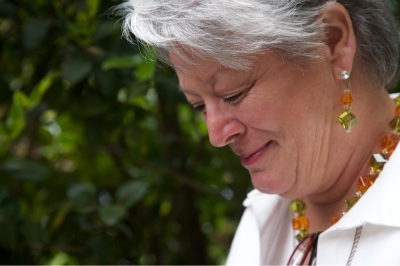 Carol Hastings died suddenly in the early morning hours of May 10 at her home in Woodside. A devoted wife and mother, treasured sister, beloved friend and dedicated colleague, her passing is mourned by a countless number of people who loved her dearly.

A native of Cleveland, Ohio, Carol was the eldest of four children born to James and Nancy Worthington Hastings. After graduating from the University of Cincinnati, Carol left the Midwest and eventually settled in the Bay Area.

In 1984 she joined Chambers and Chambers, a distributor of premium domestic and imported wines in San Francisco. Hard-working, dedicated and determined, she became a partner and acted as Import Director for the company until her death.

Through her work in the wine industry, Carol met Michael Michaud, then the winemaker at Chalone Vineyard in Monterey County. Carol and Michael eloped in June of 1989, and were married in Bovernier, Switzerland, the ancestral hometown of the Michaud family. Their son, James, was born in 1991.

With Jamie about to start school, Carol and Michael decided to leave San Francisco and put down new roots in The Glens neighborhood of Woodside. Moving to the Peninsula also allowed them to live closer to Michaud Vineyard in Monterey County, which they established in 1996. Michaud produces fine wines, primarily Chardonnay and Pinot Noir.

Carol was most at home in her garden, where she kept bees and a small flock of chickens. Friends coveted her jars of dark amber honey, tomato plants started from her private heirloom seed collection, and fresh pastel-colored eggs which she gave away freely.

Carol and her big brown dog, an Australian Shepherd named Bear, were a familiar site on early morning walks around town. She delighted in the small things she encountered along the way, always stopping to admire a perfect spider web, pluck a handful of ripe blackberries, or find trees with the sweetest wild plums. Her pockets were stuffed with treats for canine friends she might meet along the way, and everyone with whom she stopped to chat was sent off with a cheery, ?Have a good one!?

As much as Carol loved being home, travel was another passion. Her passport was heavily stamped and impressive. She also loved traveling and hiking in California and The West, particularly with her Woodside cadre, ?The Seven Sisters."

She made a yearly pilgrimage to Fresno with her dear friend, Mary, to pick loads of peaches from a tree Mary adopted as a way to preserve heirloom varieties. She and her friend, John, always looked forward to salmon season, a rite marked by heated debate between them over bragging rights for the biggest catch.

Carol had a passion for music and quietly fantasized about becoming a back-up singer for the greatest Rock and Roll bands. Only because she was taken too soon did she have to settle for karaoke and air guitars. Carol?s warm personality, infectious laugh and down to earth manner touched everyone she met. Her enthusiasm and determination were an inspiration to her family, friends and colleagues. She was intelligent, worldly, and sophisticated without a drop of pretention. Who she was and her passion for life will live on in the hearts of all who knew her.

Carol is survived by her husband, Michael Michaud and their son, James of Woodside; brothers John Hastings (wife Jean, with Greg) and James Hastings (wife Dana, with Hallie, Duke, and Ben) and sister Joan Hastings (husband Craig Martahus, with Christin, Andrew and Patrick), all of Cleveland, Ohio.

A private memorial service was held for immediate family and close friends.

Memorial donations may be made to the Marine Mammal Center http://www.marinemammalcenter.org 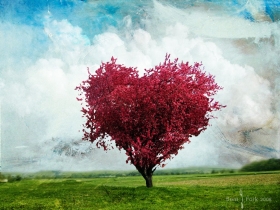 Remembrances
3 entries Submit a remembrance
From Oliver Marian
April 25, 2018
I still remember this page in my memory and now when I see it with this heading that is remembrance are very touchy for me. Even I have many different pages that I saw from this website es...
Read more
Memorial service
A private memorial service was held for immediate family and close friends.
Make a donation
Memorial donations may be made to the Marine Mammal Center http://www.marinemammalcenter.org
About this site     Contact us