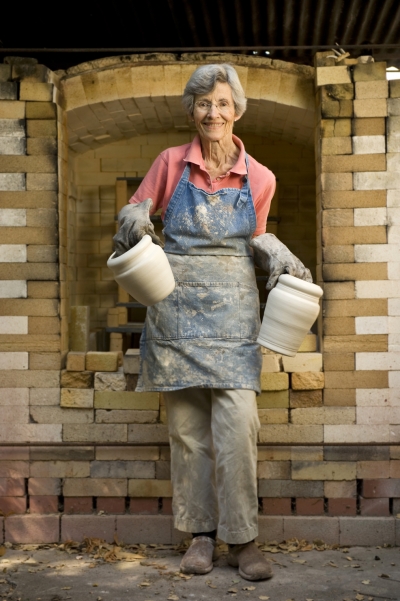 Born in Tacoma, Washington, on January 12, 1931, Colleen Diane Vescia (née Farrell) passed away at home from natural causes on August 17, 2020, surrounded by her family. She was 89.

Colleen grew up in Seattle during the Great Depression, the middle child in a working-class family, bookended by brothers Dennis and Barry. She attended Coe School, where her grandson would enroll many years later, and graduated from Queen Anne High in 1949. She was known for her sense of fun, her creativity, and her irreverence. In Seattle, Colleen held a variety of jobs including document courier, dental assistant, photographer’s model, and case packer at “Boodles under the bridge,” a bean canning factory.

Colleen always wanted to see the world, and a job as a Pan Am flight attendant allowed her to do just that. At first, she shuttled between Seattle and Alaska in shaking, unpressurized cabins. She was later stationed in New York and traveled the world in the glamour days of generous per diems and long layovers in exotic places. She flew with Charles Lindbergh and Helen Keller, and was once held at knifepoint in the bathroom by a crazed passenger.

In Philadelphia, her brother Dennis introduced Colleen to her future husband, a young Italian doctor named Fernando Vescia. After the births of their first two children, Monique and Christian, the family relocated across the country to the Bay Area where Fernando began practicing gastroenterology at the Palo Alto Clinic (now PAMF). Another son, Paolo, came soon after. Colleen excelled at motherhood without letting it limit her own growth; she was always ready to provide support and encouragement while giving her kids the space to develop their own talents and find their own paths in the world.

Colleen loved to get her hands dirty. She threw herself into various arts and crafts and mastered them all. A fantastic cook who took a page (many, in fact) from the book of Julia Child, she later authored a cookbook with her friend Sharon Elsen. Colleen sewed her own clothes, and many for her daughter, including Monique’s wedding dress. A member of the Garden Club of Palo Alto, Colleen planted beautiful gardens in each home the family lived in, and her pockets were often filled with seed pods pilfered from plants she admired while walking her cockapoo, Ophelia.

She was energetic, optimistic, and didn’t hesitate to bend the rules when it suited her. She ruffled the feathers of several Palo Alto mothers when she took her son’s birthday guests to Bay Meadows horse track and placed bets for all the boys. Her travels continued, and the family enjoyed sabbaticals to visit European relatives. She and Fernando went farther afield, visiting Asia, Africa, and South America. The couple had a wide circle of close friends, and dinner parties were always animated affairs with delicious food and wine, lively conversation, punctuated by bursts of laughter.

When her children were in junior high, Colleen began taking classes in ceramics at the Palo Alto Cultural Center. Eventually she opened Creekside Studios in nearby Belmont with two other women artists. Nancy Wirth, her pottery partner and bosom pal, built their own kiln, and the annual Christmas sale became a much-anticipated event. Over the years, Colleen’s beautiful pots become treasured additions to many homes. She closed her studio in 2014, the year Fernando passed away.

A staunch Democrat, breast cancer survivor, and unrepentant atheist, Colleen loved public television, sea shanties, and working in her garden. The friendships she made were lifelong. Colleen realized her dream of staying in her own home, the site of frequent visits from her devoted family, which included four granddaughters and a grandson, all of whom she doted on.

Colleen is survived by her children, Monique, Christian, and Paolo Vescia; their respective spouses, Don Rauf, Lucia Sanchez, and Amelia Hansen; and grandkids Francesca, Carmen, Leo, Madeleine, and Natalie. A memorial will be planned in the spring. Donations in Colleen’s memory may be made to her beloved KQED.

Photo Gallery
0 photos Upload a photo
Remembrances
5 entries Submit a remembrance
From Colleen Andersen
Sept. 13, 2020
What a full and varied life your mother lived...from coast to coast...from the skies high above to the garden soil beneath her...from the aromas of her kitchen to the sanctuary of her pottery studio. I am grateful that our mothers began their friends...
Read more
Make a donation
https://www.kqed.org/support
About this site     Contact us