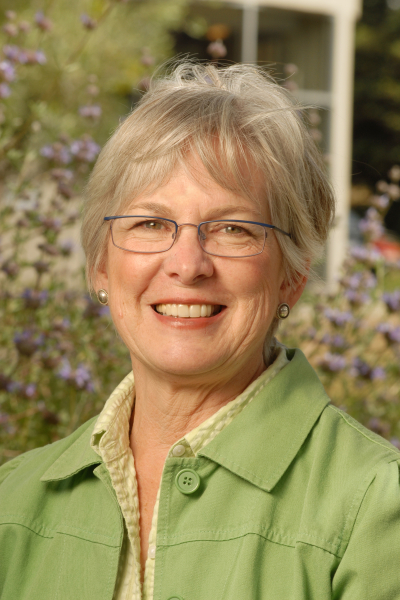 Cynthia Eva Swanson Miller was born in San Francisco in 1946 to Bob and Helen Ann Swanson. They were joined in 1959 by her sister Lori Ann. Cindy attended Palo Alto schools Loma Vista Elementary (now Juana Briones), Terman Jr. High School, and Castilleja where she graduated in 1964. She earned her BA in Social Sciences in 1968 at UC Berkeley. Cindy studied the violin, starting in 5th grade and continuing through high school, playing both in her middle school orchestra and with the California Youth Symphony Orchestra.

After graduation, she married fellow Cal graduate, Bruce Quarton. Bruce joined the army and was posted to Nuremburg, Germany, where they lived for a year. When he was deployed to Vietnam, Cindy returned home to earn her teaching credential at San Jose State. After the couple settled in Palo Alto, Cindy taught elementary school in Millbrae.

Their first child, Anne Katharine, was born in 1976, followed by Bradley Robert in 1980. She and Bruce went their separate ways in 1983.

Shortly after that, Cindy met Buff Miller, and they were married in 1986. Buff’s children, Carolyn and Robby, and the blended family of the Millers and the Quartons, the “MSNQS”, made their home in Menlo Park.

Cindy had an extraordinary capacity to remember names and faces and knew how to build enduring relationships. She put these skills to work in her successful career in fundraising, serving as the Director of Development at a series of local nonprofit organizations, including Castilleja School, the Peninsula Open Space Trust, the Senior Coordinating Council, and the Foundation for the Future. She worked in community relations at the Stanford Hospital and as a Senior Philanthropy Advisor at the Silicon Valley Community Foundation, where she connected donors to important projects to support in the community.

From 1995-1999, Buff and Cindy spent four years in Washington, D.C. where Buff was the Tax Legislative Counsel for Regulatory Affairs at the Treasury Department. Bradley and Robby moved with them and Cindy worked to create a comfortable and loving home for the family in Virginia, with two high school boys on the east coast and two girls in college on the west. As a member of the Junior League, she volunteered with the local chapter and worked as a fundraising consultant for several nonprofit organizations.

No matter where Cindy lived, she volunteered and was an active member of her community. She served on the board of the Palo Alto YMCA, TheatreWorks, the Junior League Endowment and more recently, at the Palo Alto Community Fund. She spent countless hours working on Junior League projects, and for Castilleja, where, in 2014, she was honored with the Castilleja Alumna of the Year Award.

Cindy was an amazing friend, treating people with great kindnesses that included acts small and large like never forgetting a birthday, offering advice, stepping in when needed, and sometimes just listening. She connected regularly and often, had tremendous recall for details and encouraged a love of reading in everyone, including strangers as she regularly filled the free Little Library in her yard. She was gifted at acknowledging moments and milestones: sending engagement teacups to brides-to-be, baby gifts to new mothers and grandmothers, and thoughtful get-well wishes. She was interested in everyone’s story, making friends with the nurses in the hospital, the baristas at her favorite Starbucks, and the gardeners at home. She had a wide range of friends including the COWS (Committee of Wicked Stepmothers), her Casti fellow alumnae, and her work colleagues from her working days.

Cindy was a proud member of the Daughters of Hawaii. Her grandparents, on her mother’s side, were each 1/2 Hawaiian, and she had many relatives in Hawaii. She spent summers there as a child, and visited many times as an adult, taking her own children to learn about their heritage. In 2008 she spent 4 months volunteering at the Hawaii Community Foundation, bringing her experience with building community to her beloved Hawaii.

First and foremost, Cindy loved her family. She was extremely proud of her children and their spouses. She adored her four grandchildren, Lilly, Tyler, Meiko, and Ayumi, and they adored their “Tutu”. She made sure every holiday created a special memory and attended as many games and recitals as she could. Her husband Buff was an amazing partner, especially when she became ill. He took her to every appointment, made sure her medications were in order, and used his cheerful demeanor and optimism to bring sunshine into her life.

Cindy touched many lives, and her passing has left a big hole in many hearts. Her legacy of work with nonprofit organizations has brought enduring impact to the community, and memories of her warmth and love will stay with all who knew her.