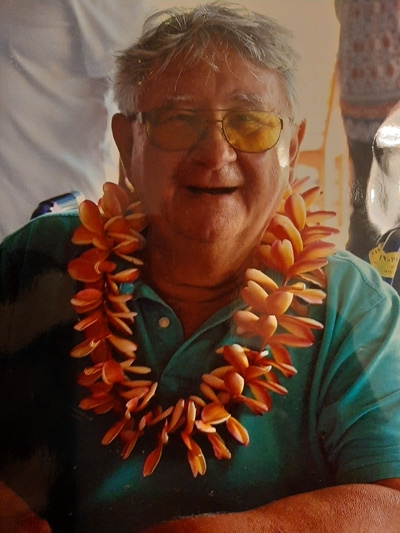 David Kreutner, beloved father, grandfather, and brother, died at the age of 79 on September 7, 2020. He was the first child born to Ben and Marie Kreutner in Waterloo, Iowa on March 1, 1941. Dave was the oldest of seven children and spent his childhood working on the family farm in Atkins, Iowa. He was always proud to call himself an “Iowa Farm Boy.”

He sought adventure as soon as he graduated from high school and moved to Chicago to begin his long career with United Airlines. This allowed him to do one of his favorite things- travel the world, and that he did. Dave traveled to over 50 countries and shared many trips with his family.

He was drafted into the Army in 1965 and served in Thailand for one year. After serving, he transferred with United to Honolulu, Hawaii. Soon after, he met his wife Bernie who was there working as a nurse. They married just 9 months after meeting in 1967 and would have celebrated their 53rd anniversary this month.

Dave was happiest when he was with his family; he was a proud dad to Heather and Melissa, father-in-law to Joe, and grandpa to Jaden, Jake, Dylan, Teisa, and Coral. He called Portola Valley and Woodside home for over 40 years and loved raising his family here. Some of his best memories were from gatherings big and small with friends and family in California, Iowa, and Hawaii, and these were some of the memories that stayed with him.

His final years were spent living with Lewy Body Dementia, and he died suddenly of pneumonia. His last year was spent at the Carlton Senior Living Memory Care Home in Sacramento, and his family is eternally grateful for the care they provided to him. 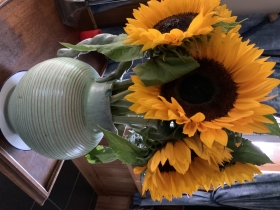 Remembrances
2 entries Submit a remembrance
From Gay Hansten
Sept. 13, 2020
I'll always remember Dave! He introduced me to my husband while we worked for United Air Lines! It was a day my husband and I still laugh about. We have now been married almost 48 years. RIP, Dave. You will always be remembered! Thank you!
Memorial service
A celebration of Dave's life will be held as soon as we can bring friends and family together again next year.
Make a donation
Memorial donations may be made to the Stanford Medicine Lewy Body Dementia Research Center of Excellence or to the Brain Support Network. http://med.stanford.edu/poston-lab/LBD.html#support_our_research https://www.brainsupportnetwork.org/donate/
About this site     Contact us