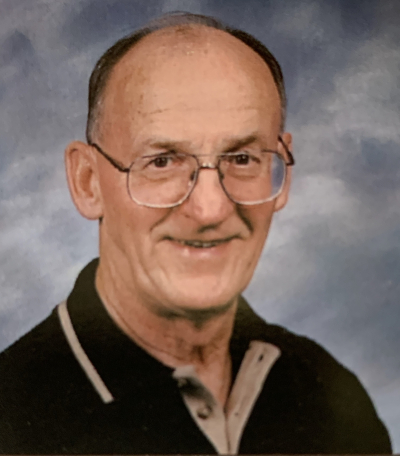 Born in Merrill, Wisconsin to Charlie and Clara Miller on April 9, 1938. Brother to Gene and Larry Miller, and later to his brother Michael Massowd. While in Wisconsin, Don lived a life on a farm and of simple times. He graduated Merrill High School in 1957, and shortly thereafter joined the National Guard. Once honorably discharged from the National Guard, he then served his country by joining the Airforce while living in Illinois. He was transferred to Vanderburg Airforce Base. After his discharge in 1961, he temporarily made Lake Arrowhead and San Clemente his home, prior to his move to Palo Alto, California, where he married his then wife - Dalila Miller, who ran a Home for Veterans (located in Palo Alto). They shared two children together, one of their own - Kevin, and their adopted daughter, - Laurie.

Don worked in the safety and buildings team at Owen's Corning Fiberglass for nearly 30 years, and happily retired the day after his 62nd birthday. He enjoyed serving his church family (where he eventually became an Elder), his close neighbors & community, but mostly he loved serving his family. Don was a man who always showered up; to his kid's games, events, and family dinners. He loved to people-watch, taking long walks around the neighborhood of his home in Union City, and hiking with his close friends and family. He loved thanksgiving dinners, where you would gather and have fellowship with each other, while there was always a turkey leg with his name on it.

Don is survived and is greatly missed by his two children: his son Kevin Miller and his daughter, Laurie Miller Beyer. He is also survived by his son-in-law; Jed Beyer whom he loved, and his two grandchildren that he adored; Jasmine Beyer and Nathan Beyer.

If you were to ever ask Don how he was doing, he would answer "thankful". And we are so thankful to have known such a sweet, tender man like him.

Thank you for giving to your country, your Lord, and your family. You were faithful. Rest well, dear Dad. We love you so much.

Memorial service
Mr. Miller's service & burial was held at Skylawn Memorial, in San Mateo on October 26th.
Make a donation
In lieu of flowers to the family, we ask that you donate to the Wounded Warrior Project.
About this site     Contact us