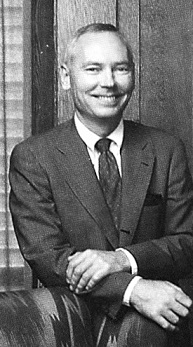 Former Atherton resident Donald Warren Peterson, 88, passed away September 5th at the Sequoias in Portola Valley, where he had lived with his wife Nancy for the past eleven years. Originally from Tacoma, Washington and a graduate of Oregon State University in the NROTC program, Don served as an airborne CIC officer for three years in the Pacific before earning an MBA from Stanford University. Always having worked in finance, he retired after twenty years as Chief Financial Officer of Morgan Equipment Company in San Francisco and moved back to the Puget Sound region before returning to the Bay Area to be closer to family. Don will especially be remembered for his wry sense of humor and his lifelong love of ice cream and jazz music.

In addition to his wife Nancy, Don is survived by daughter Karen Peterson-Iyer and son-in-law Mohan Iyer of Menlo Park, grandsons Alex and Chris Iyer, daughter-in-law Sarah Mather Peterson of Philadelphia, and grandsons Colin, Matt, and Tim Peterson. He was pre-deceased by his son Michael Peterson.

Photo Gallery
0 photos Upload a photo
Remembrances
0 entries Submit a remembrance
Memorial service
Respecting his request, there will be no formal memorial service.
Make a donation
Donations in his honor, if desired, can be made to Avenidas Care Partners in Palo Alto. Link: https://www.avenidas.org/donate/
About this site     Contact us