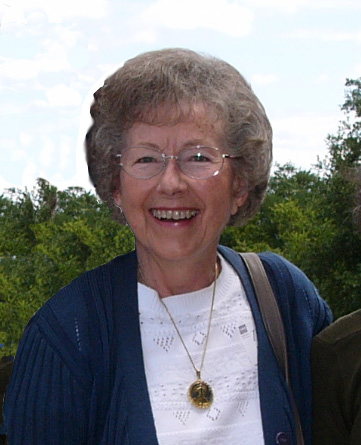 She was born in Mesilla Park (a small town now part of Los Cruces), NM, to Thomas Cobb and Daisy Miser Carmichael. She grew up there and graduated from high school in 1949. She then attended New Mexico A&M College (now New Mexico State University) at Los Cruces, where she studied Mathematics, graduating in 1953. In college she became a member of Chi Omega sorority, and also met her future husband, John W. Miller (Jack). They were married in October 1953, after she had graduated.

Dorris and Jack moved to Palo Alto, CA in the early 1960’s. Dorris worked at SRI International, from 1962 to 1999, as a Mathematician and Senior Scientific Computer Programmer. She worked in the Communications Laboratory and the Radio Physics Laboratory at SRI. Her work was highly regarded by the engineers for whom she worked.

She and Jack both loved nature. They enjoyed visiting the San Francisco Zoo, and made many trips to National Parks for hiking and camping. They were interested in other cultures, and travelled to Australia, New Zealand, Tasmania, and Fiji, Spain, Portugal, and Morocco. Dorris continued to travel after Jack had died, visiting Italy, Greece, Turkey, and other countries. She enjoyed Mexican food and culture.

Dorris and Jack were both active in the Barron Park neighborhood of Palo Alto where they lived, in many different ways. Dorris even functioned as an “auxiliary grandmother” for one neighbor couple, and attended an Elementary School Grandparents Day with their children. She loved music, and had a contagious laugh and a wonderful sense of humor. She always cared about other people, and had many close friends over the years.

She was preceded in death by her husband Jack Miller, parents Thomas and Daisy Carmichael, brother Richard T. Carmichael, and half-brother John Carmichael.