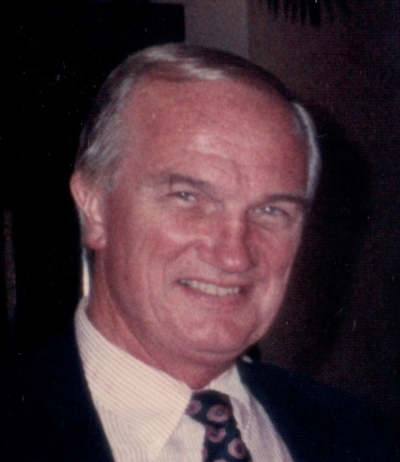 Earl Augustus Johnson passed away on January 22, 2020 surrounded by his loving family in his home in Clearlake, California at the age of 84. He is survived by his wife of 63 years, Diane Gray Johnson, his daughters with their families: Colette and Ken Cooley with Brenna Cooley Scronce and Miles Cooley; Carolyn and Christopher Inglis with Christopher, Jerusha and Kasey Inglis; and Christina and Hansjoerg Gort with David and Jacqueline Gort; and by his brothers and their wives: Rev. Walter and Esther Johnson, and Charles and Linda Johnson. Earl is preceded in death by his parents Dwight and Eleanor Johnson and by his brother Dwight Jr. and his wife Vivian Johnson.

Earl was born in Oakland, California on December 9, 1935, and at the age of 5 moved with his family from Piedmont to Woodside, California. He was in the first graduating class of Menlo Atherton High School in 1954, and was selected as the school’s outstanding senior athlete of the year. He met his wife Diane while working at the Mount Hermon Christian Conference Center, and they married in 1956. He went on to graduate from San Francisco State with a degree in Business. After working for the Bank of California in San Francisco, he became a broker in commercial real estate with Renault & Handley in Palo Alto.

Earl’s great passion, aside from his family, to which he was loving and loyal, was actively participating in the ministries of Menlo Park Presbyterian Church, where he was the longest active member until his passing. The youth ministries were dear to his heart; he was a father figure and friend to many high schoolers over the years. He later went on to serve in prison ministries, leading bible studies and sharing God’s love with those who did not have access to church or know the love of the Lord. When asked shortly before his passing if he had any unfinished business, he answered, “I wish I had been able to bring more people to the Lord.”

Earl was a great man whose heart was larger than himself. He was always quick with a joke or a song. Most of all he was a devoted husband, loving father and adoring grandfather. He touched the lives of many and will always be remembered with great love.

Memorial donations may be sent to: