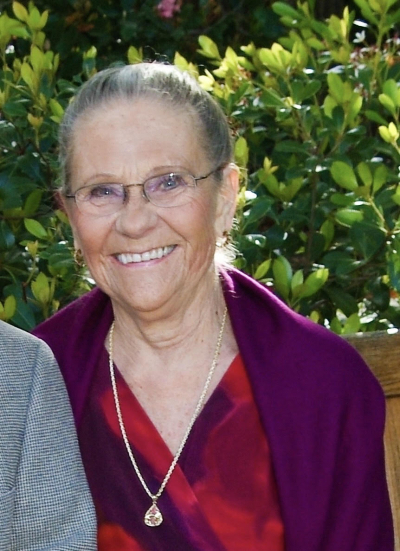 Edna Jane Anderson (nee Gulbrandsen) completed her journey Tuesday July 19th, 2022. It was one that began in New York City in 1933, took her to Sarpsborg, Norway with her parents Johan and Mary Edna in time for the German occupation, to college at Indiana University in 1951, to Bedford, Indiana in the mid-1950s to raise her family, to Kona, Hawaii for much of the 2000s, then back to Bedford before moving to Palo Alto, California in 2012 where two of her sons still live. She often spoke of cross-country skiing to school and hiking in the mountains of Norway. Unfortunately, she also recalled the sounds of the Nazi’s boots on the cobblestone streets, and was convinced she would have been two inches taller without the German food rationing during the war.

Edna was married to James (“Jim”) Howard Anderson of Bedford, Indiana for almost 60 years before Jim passed away in 2012. Together they had three sons: Steven, Michael, and James, all currently living in California. Along with her sons, she is survived by six loving grandchildren: Isobel, Miles, Lillian, Erik, Makee, and Beck. Edna’s favorite times were when she was surrounded by her family. She was a wonderful mother and grandmother. She loved to travel, walk, read and knit. Edna and Jim started two successful businesses in Bedford with the first being the Red Barrell Drive-In Restaurant in the 1950s and A&A Realty in the late 1970s. The ocean always called for her and she loved her later years in Kona.

Indiana University awarded Edna a bachelor’s degree with honors and a master’s degree in education. Edna taught English for decades at Shawswick Middle School. She was a member of Phi Beta Kappa and the Daughters of the American Revolution. She also was on the Board of the Lawrence County Community Foundation in Bedford, Indiana.

A memorial service will be held in Bedford, Indiana for Edna at a date to be announced.