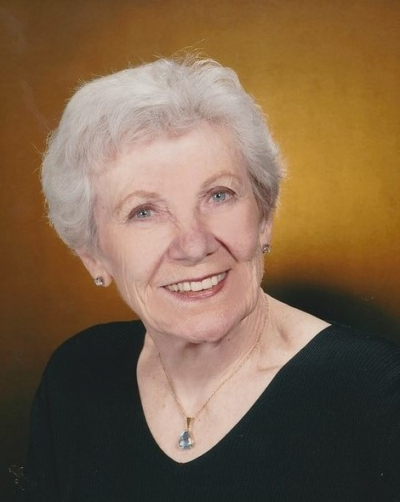 Florence Christina Fehrenbacher was born November 2, 1923 in Selma, California and raised in Wakefield/Olney, Illinois. Florence graduated as Class President from Julia F. Burnham School of Nursing, Champagne Illinois in 1945. She attended University of Michigan’s School of Public Health specializing in Psychology and moved to California in 1946 marrying Donald W. Fiebelkorn, a USN 4-Star veteran of WWII, and raising three children.

From 1946-1960 “Fiebie” was a practicing RN at San Mateo General, Sequoia Hospital ER (newly opened in 1950) & in the late 1950’s the medical office of Dr. George Miners in Redwood City. From 1961, she was a Psychiatric Nurse at the Stanford Program, Palo Alto Veterans Hospital; 1967 through 1974 Head Nurse of the Sequoia Hospital Mental Health Unit; followed by a term as Board Member of the San Mateo County Mental Health Advisory Board and Chair, Public Affairs Committee. In 1974 “Phoebe” retired from nursing, marrying Dr. Donald F. Rowles, and later transitioning to commercial real estate in 1978 and retiring in 1997.

The inspirational strength gained through Faith in our Lord, strong commitment to Family and Friends as well as care & support for those in need of spiritual/mental stability, blessed Phoebe with many life-long friends and a highly respected position within her Family & Community. She leaves behind her daughter Pam (Jay) Jonekait of Los Altos and her son, J. Bart Fiebelkorn (Maru) of Santiago, Chile as well as her 2 granddaughters, Amanda & Josefina Fiebelkorn of Santiago. Phoebe was predeceased by son Donn P. Reisen (Marilyn). May her Memory be a Blessing. Donations in lieu of flowers may be made in the name of “Phoebe Rowles” c/o The Church of The Nativity, Menlo Park, CA 92025.