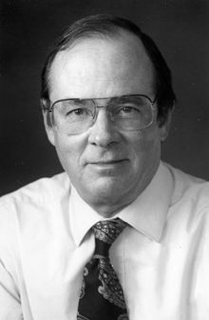 Frank Merritt Ruhlen was born on May 10, 1944. His father, also Frank Merritt Ruhlen (1909–1997), was an administrative law judge for the Civil Aeronautics Board, and the family lived in Virginia, near Washington, D.C. His mother was Florence Ennis (Ruhlen) (1911–2007), who had worked as an administrative assistant before marriage. The couple had three children: the twins Merritt and Marian, and a younger daughter Janet. Merritt (junior) studied at Rice University, the University of Paris, the University of Illinois, and the University of Bucharest as a Fulbright fellow, and received his PhD in 1973 from Stanford University with a dissertation on the generative analysis of Romanian morphology. Subsequently, Ruhlen worked for several years as a research assistant on the Stanford Universals Project directed by Joseph Greenberg and Charles Ferguson. Beginning in 1994 Ruhlen was a lecturer in Anthropological Sciences and Human Biology at Stanford University. In 2001 Merritt Ruhlen, together with Murray Gell-Mann of the Santa Fe Institute and Sergei Anatolyevich Starostin of the Russian State University of the Humanities, co-founded the Evolution of Human Languages Project, based at the Santa Fe Institute. Since 2005 Ruhlen had been on the advisory board of the Genographic Project and held an appointment as a visiting professor at the City University of Hong Kong. He had also been a Correspondant of the Muséum National d’Histoire Naturelle in Paris, and served as a U.S. State Department interpreter in French and Romanian. Ruhlen knew and worked with Joseph Greenberg for several decades, and after Greenberg’s passing in 2001 Ruhlen became the primary advocate and defender of Greenberg’s methods of language classification.

Ruhlen was the author of several books, including A Guide to the Languages of the World (1975), A Guide to the World’s Languages, Vol. 1: Classification (1987; second edition 1991), The Origin of Language: Tracing the Evolution of the Mother Tongue (1994), On the Origin of Languages: Studies in Linguistic Taxonomy (1994), and numerous articles in journals, books, and encyclopedias. The Origin of Language was translated into French by Pierre Bancel and has been published as L’Origine des langues – Sur les traces de la langue mère (1997 and 2007); in Portuguese as A Origem da Linguagem: Reconstituindo a Evolução da Lingua Mãe (1998); in Italian as L’origine delle lingue (2001); and in Turkish as Dilin Kökeni: Ana Dilin Evriminin ?zinde (2006).

Since studying at Stanford Ruhlen lived in Palo Alto, CA, with his wife Anca, who has a Master’s degree in library science, and has worked in several different library collections at Stanford University, and in the Genetics Department. Anca informs us that Merritt was a very good father and raised his sons, Johnny and Ricky, to be polite and respectful. He was with them every day, all day, until they reached the age for college, and Merritt worked on writing his books at the same time. Their school teachers praised them as being good to the other children. As adults Johnny is in Adtech business development, and Ricky is a software consultant. Both live in San Francisco. After a long battle with a serious illness Merritt Ruhlen suffered an accident at home, and perished a week later on January 29, 2021. https://en.wikipedia.org/wiki/Merritt_Ruhlen