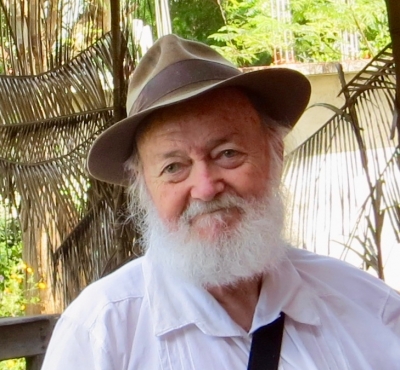 Fred Dorn, a 35-year resident of East Palo Alto, died on Christmas Day, 2019, of heart failure. Fred was born in Baltimore, Maryland and grew up in Houston, Texas. After graduating from the University of Texas with a BA In Anthropology, Fred joined the Peace Corps in 1965 where he met his wife, Midge. He taught English and learned to read and write Thai in a small town in northern Thailand. When he returned to the United States, he became a technical writer and worked for several Bay Area technology companies. He retired in 2001. Fred was always curious and had many interests including photography, music, ham radios, building computers, and traveling to Mexico to study Spanish. He also enjoyed being in community theater productions at Menlo Players Guild including Bus Stop, Once Upon a Mattress and Annie Get Your Gun. He particularly loved performing in musicals and often sang the songs at home. Fred loved his family and they all enjoyed spending time together, sharing lots of laughter. In 2017, Fred and Midge moved to Davis, California. In the last year, he had several falls eventually leading to his death. He is survived by his wife of 51 years and his daughters, Lisa and Erin.

Photo Gallery
0 photos Upload a photo
Remembrances
0 entries Submit a remembrance
Memorial service
There will be a memorial service for friends and family from 2 to 4 PM February 22 at Yolo Hospice, 1909 Galileo Court, Davis.
About this site     Contact us