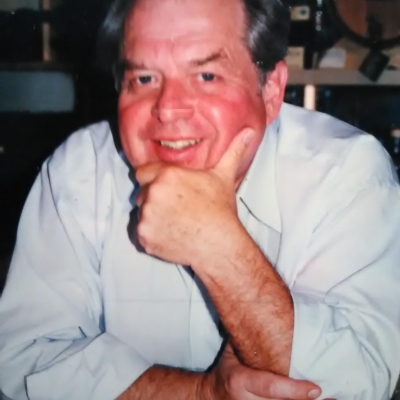 Hardy was born on March 27, 1944 during WWII in Bad Reichenhall Germany to Ferdinand and Anna Steiner passed away on August 2, 2020 at 5:20 am at the age of 76. He was preceded in death by his parents, his sister Annalise and his wife Jane.

He interned as a cook in Germany and came to the United States at the age of 18 in 1962 to work at Dinah’s Shack in Palo Alto. He eventually became Head Chef there and stayed until Dinah’s closed in 1989. After taking a little time off, Hardy and his wife Jane opened Hardy’s Bavaria a German restaurant in Sunnyvale. They both loved people and made many friends at their restaurant before retiring in 2003.

Hardy was an accomplished pilot with a passion for travel, and an avid reader and a heart open to people of all cultures and religions often calling himself a citizen of the world. He had a wonderful sense of humor and an extremely kind and generous spirit. His eyes twinkled with enjoyment at the least provocation and he truly loved life to the fullest. Hardy was a true gentleman and a great friend to so many and he will be missed deeply by his brother Peter Steiner, sister in law Karin Steiner, Paula Pierce his friend for the last 58 years and all who knew him.