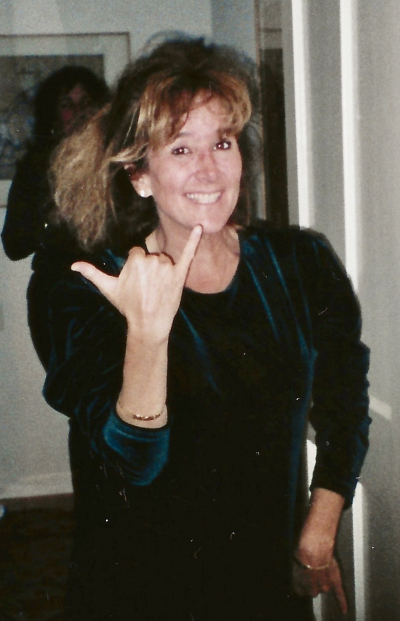 Gina Marie Oliveira, age 63, passed away on November 16, 2020 in Kihei, Hawaii on the island of Maui. Gina was born in Berkeley, California on December 26, 1956 to Nathan and Ramona (Mona) Oliveira.

From a very early age, Gina showed a keen interest in athletics. She was a gifted athlete and excelled in almost every sport she played. She was a superb diver and gymnast. In the early 1970s, she qualified for the Junior Olympics in gymnastics.

After spending her childhood and early adulthood in Palo Alto, Gina moved to Maui, Hawaii in the 1990s and thrived there for many years. Maui’s warm, tropical weather and Aloha spirit was particularly fitting for Gina’s vibrant, spirited demeanor. Gina’s creative and entrepreneurial personality drove her to open her own salon in Kihei, Cut, Style & GO!. Her business was successful for many years and she touched many patrons’ lives.

Above all, Gina was loved deeply by her family and friends. Gina’s quick wit and joyous laugh could light up any room. She lived her life with gusto and unabashed zeal, but also suffered greatly internally. As heartbreaking as it was to see Gina lose her battle with mental illness, Gina left us with incredibly wonderful memories over the course of her life, which will be cherished forever.