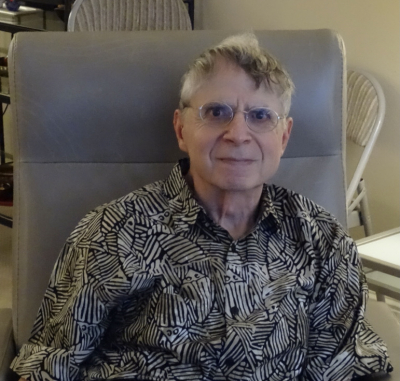 Irving Holzberg, loving husband, father, and grandfather died at age 82 after a heroic and difficult struggle with Parkinson’s Disease. His family is now at peace knowing his suffering has come to an end.

Irving is survived by his wife, Lorri Holzberg, and his daughters, Rachel Hulst (Peter) and Emily Rakow (Jamie); his stepsons David Buch and Robert Buch; and 7 grandchildren. He was preceded in death by his parents Maurice and Diane Holzberg and his sister Ruth Namad.

Irving was born on November 29, 1938, in Cairo, Egypt. He grew up speaking three languages, often interchanging French, Arabic and English in one sentence. Irving’s father’s dream was to have his son have a British education which he did by attending high school in Cairo at Victoria College where he graduated in 1955. He continued his education at the University of Manchester where he graduated with a degree in Chemical Engineering in 1959. At that time, which was no longer safe for Jews in Egypt, he and his parents and sister came to the United States and settled in New Jersey. Irving went on to get a PhD at Cornell in biochemical engineering.

Early in his career, he worked as a biochemical engineer at General Foods and Johnson & Johnson. Later in his life, he took on a second career of financial planning.

Generosity was the touchstone of Irving’s life -- he was always willing to share whatever he had with family and friends and donate readily to many needy causes.

Until Irving became more disabled from Parkinson’s Disease, he and Lorri traveled; attended concerts; plays; and spent lots of time with friends and family.

He was profoundly committed to Judaism, always remembering his time in Egypt when he had to hide his religion. After his marriage to his wife, Lorri, he became an active member of Congregation Beth Am. Irving lived his life with dignity and strength and will always be remembered for his commitment to family and friends.

Photo Gallery
0 photos Upload a photo
Remembrances
0 entries Submit a remembrance
Memorial service
A private funeral will take place Oct. 7, 2021 at Hills of Eternity in Colma.
About this site     Contact us